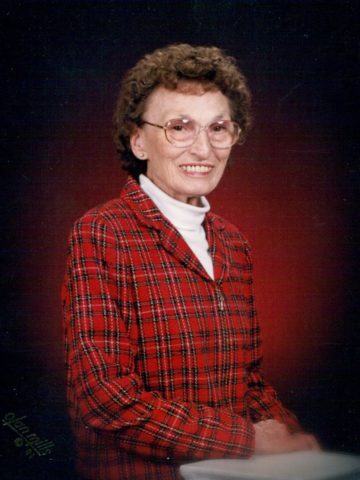 Departed on December 17, 2017 and resided in Hendersonville, TN

Mary Ann Raines Fritts resident of Hendersonville passed away on Sunday December 17, 2017 at the age of 92 of Alzheimer’s disease. She was preceded in death by her husband, Robert E. Fritts a long-time DuPont employee, and also by their first child, Marian Nyle Fritts. She is survived by four children, Joanne Fritts Ricks of Goodlettsville, TN, Raines R. Fritts of Lexington, KY, James E. Fritts of Ardmore, TN and Thomas J. Fritts of Houston, TX; thirteen grandchildren and three great-grandchildren; a niece Becky Harris Meyer of GA and a nephew, Fred Raines, Jr. of Abbeville, SC. She is also survived by a sister-in-law, Dolores Joyce Fritts. Mary Ann was born on June 23, 1925 to the late James and Willie (Landrum) Raines of Abbeville, SC. She was the youngest and last surviving of 11 children growing up on the family farm during the depression. Mary was raised and educated in Abbeville, graduating from High School at the age of 17. During the Second World War, Mary went to live at Smyrna Air Base with a sister and brother-in-law. She went to beauty school while there and later switched over to a business school. Later she moved to Miami, FL where she met her late husband while attending Arthur Murray Dance School. Mary worked at a small air cargo company while in Miami. Following their marriage, they moved back to SC when Mr. Fritts began his career with DuPont. They moved to TN and settled in Hendersonville in the early 1960s where she remained in the home she had raised her family in until very recently. Mary was a loving and devoted wife, mother, grandmother and great-grandmother. She was an avid family historian often traveling in her efforts to learn more about the roots of her family. She also loved to work in her yard, and make sewing machine quilts which she did for many of her family members. She loved her Lord and was a member of the First Baptist Church of Goodlettsville. Visitation will be held Wednesday from 9:30 to 11:30 AM with a Life Celebration Service at 11:30 AM at Cole & Garrett Funeral Home. Interment to follow at Hendersonville Memory Gardens.