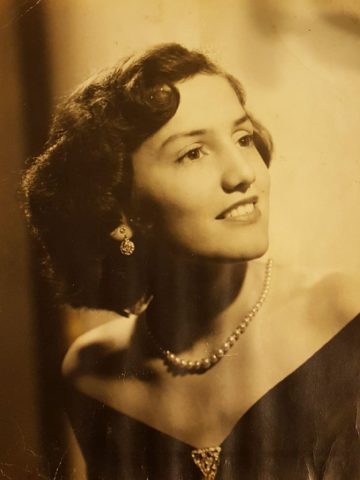 Departed on October 8, 2017 and resided in Goodlettsville, TN

Mary A. Sewell, 83, passed away Sunday, October 8,2017 in Goodlettsville. Born July 24, 1934 in Eagle Pass, TX she was the daughter of the late Marcus and Josefa (Diojas) Morin. Mary was also preceded in death by her husband, Darse Edward Sewell; and her siblings, Bernard Morin, Gloria Barajas, Delphoena Flores, Mary Morin, and Richard Morin. Mary had retired as senior accountant for Shoney's Inc. She retired from Shoney's after 30 years with the company. Following that retirement she worked at Krogers and Lowes in Hendersonville retiring from them as well. Mary began her working career in California. She moved from Texas to San Bernardino, CA to attend college and later worked in banking. While at the bank she became the first woman to use a computer in the bank. She moved to Tennessee where she met and married her late husband. He affectionately called her "Shorty". Throughout her life, Mary travelled and remained active. She loved her Lord and was a devout catholic and parishioner at Our Lady of the Lake Catholic Church in Hendersonville. She was a devoted and loving wife, mother, grandmother, sibling, aunt and friend. Mary loved to gamble and particularly enjoyed her trips to the casinos at Tunica and Metropolis. She also loved music, dancing and playing video games which she used to keep her mind sharp. A kind soul and gentle spirit, Mary was extremely generous to others. Mary is survived by her daughter; Anita M. Briley and her fiancé Eric Burnside, Eric's daughter, Erica Burnside; Anita's children, Raechael Marie Woodroof and her husband Jeremy and their children, Nathaniel Woodroof, Darse Woodroof, Devon Woodroof, and Samuel Marcum; she is also survived by her daughter, Josefa Marcum and her husband Dennis; their sons, Jacob A. Reedy and Joseph R. Marcum; daughter-in-law to be, Terry Duffer and her children, Madison, Chason, Landon and Jaxon; her sisters-in-law, Gloria Morin and Dorothy Cole; brother-in-law, Robert "Cotton" Sewell; and several beloved nieces, nephews and extended family members. Visitation for Mary will be held Tuesday, October 17, 2017 from 4 to 6 PM at Cole & Garrett Funeral Home, White House, TN with a Life Celebration service to follow at 6 PM.