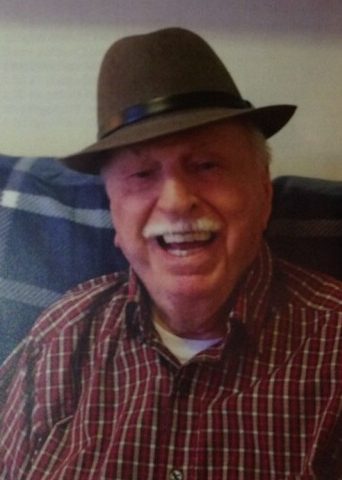 Departed on March 15, 2018 and resided in Goodlettsville, TN

Marvin Joseph Ogle, 98, passed away Thursday, March 15, 2018. Born February 19, 1920 in Watertown, TN, he was the son of the late Claude and Lottie (Wilkerson) Ogle. Marvin was also preceded in death by his wife, Mildred (Mitchell) Ogle. He leaves to cherish his memory his daughter, Judy McKenzie and son-in-law, Lance McKenzie; his grandson, Shawn McKenzie and wife Kristen and their children (his great-grandchildren), Mya McKenzie and Brice McKenzie. A World War Two veteran, philosopher, teacher, father, grandfather, great-grandfather, husband, friend, Muleskinner and one heck of a snazzy dresser. Marvin enlisted in the US Navy in January of 1940. He was a proud and decorated veteran spending much of World War II in the pacific aboard the destroyer USS Waldron as a machinist mate, second class. Marvin was also an avid trapper and hunter who loved the outdoors. He was retired as an engineer for the State of TN. As a young man he had apprenticed in a furniture factory where he developed considerable skills in the manufacture of furniture. The family still has several pieces he made which have become cherished heirlooms. Marvin and his late wife moved to Goodlettsville in 1950 and lived their entire lives in that first home. Known for his big heart and never met a stranger. He also loved to dress and enjoyed wearing his stylish hats. Visitation will be held Saturday, March 17th from 11 AM to 1 PM at Cole & Garrett Funeral Home in Goodlettsville. A Life Celebration Service will be held at the funeral home at 1 PM followed by interment in the Gallatin City Cemetery. In lieu of flowers, memorial contributions may be made to Alive Hospice or to the Wounded Warrior Project.