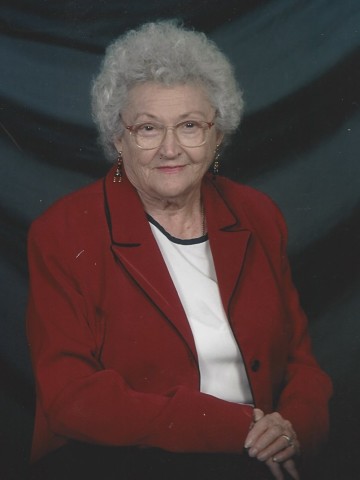 Departed on April 16, 2016 and resided in Goodlettsville, TN

Martha Ellen Jordan Grisham, age 91, passed away peacefully surrounded by her four loving daughters at Brookdale Assisted Living in Goodlettsville into the arms of our Lord and Savior on Saturday, April 16, 2016. She was preceded in death by her parents, Irvin and Callie Jordan; her husband of 68 years, Richard High Grisham; sister, Cleo Darnell; brother, Clifton Jordan and sister, Mary Jordan. She is survived by her daughters, Elaine “Candy” Turner (Dewey), Sherry Miller (Jim), Vickie Newbern (Mike) and Crystal Brassell (Jere); grandchildren, Sonny Miller (Cindy), Lori Johns (Brian), O’Neil Sloan (Tenisha), Jordan Sloan (Emily) and six great-grandchildren. She was a founding member of the former Alta Loma Baptist Church, now Faith Baptist. Martha was an avid and successful fisherman, loved UT Football, gardening, and her family. One of the most amazing southern cooks, she spoiled everyone with their favorite dishes. A member of the greatest generation, Martha contributed to the war effort as an employee at E.I. DuPont. She and her husband, Richard traveled extensively throughout the United States; she shared her faith in Jesus Christ with everyone she met. A Life Celebration Service honoring Martha will be held on Wednesday, April 20th at 10:00 A.M. from the Chapel of Cole & Garrett in Goodlettsville. Interment will follow in Forest Lawn Memorial Gardens. Active pallbearers will be Sonny Miller, O’Neil Sloan, Jordan Sloan, Mike Murphy, Gerry Dewey and Johnny Sherrill. Visitation with the family will be on Tuesday from 4-8 P.M. at the funeral home. The family would like to sincerely thank the staff at Brookdale Assisted Living in Goodlettsville and Avalon Hospice for their tender, loving and compassionate care of our Mother. Arrangements Entrusted To: Cole & Garrett Funeral Home, Goodlettsville (615)859-5231 www.coleandgarrett.com