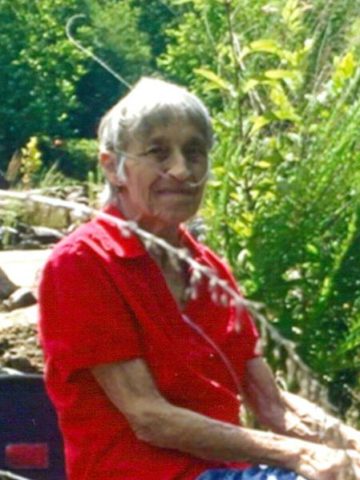 Departed on November 10, 2017 and resided in Cottontown, TN

Born of William Henry and Marie Jewel Underhill; Marilyn Sue was the youngest of two children. Marilyn and her brother William L. Underhill both share the same birthday December 9, yet exactly 5 years apart. Her birthday is December 9, 1938 and she was just shy of her 79th year of life.
She grew up in West Nashville society life, attending dances and society events including being a Rainbow girl; of which she was very proud; and later The Order of the Eastern Star.
Marilyn was a world traveler. She loved her time in France, Germany, and of course England where she had her first child in 1965 (Holly Clark). She boasted that she was one of the last to cruise the Queen Mary on the high seas. She lived across the United States in Detroit Motor City and Hollywood California, but her home was Tennessee. In Tennessee she had her second child (Brent Blevins) in 1973. Almost immediately he was whisked away onto the lakes on one of the boats they would own to learn life from the family perspective.
She loved the hills of Tennessee. She loved nature and animals. The deer the birds, and all God’s creatures, from the view of her home in the hills of Tennessee. She was so thankful for the home her husband had built for her with his own hands through sweat and toil. Through the great picture windows she would enjoy the beauty of the sunrises and sunsets and all the seasons in her beloved home.
Marilyn RV’d for a time and would take trips to Florida and to the mountains, Colorado, or wherever nature took her. She spent several months in the hills of East Texas. Always with one of the traveling Dachshunds that would eventually become a child stand in for both Tom and her. She was overjoyed equally by the sand in between her toes and the sun on her skin or the fresh mountain air and the changing of the leaves. She breathed deeply in the breath of nature that filled and renewed her spirit.
As the years rolled on and she became a grandmother to three wonderful grandchildren, Kyle, Tylore and Fiona, she became more home bound. She relived her memories through the art of nature by embroidery nature prints and later as her arthritis became less manageable, she spent hours completing nature puzzles that were so beautiful they are framed. All the while, she enjoyed music on Pandora, that in the past she had listened to in 8-tracks on her sports cars. She would reminisce how she had loved to ride in them with her hair blowing in the breeze.She loved communicating with her friends and her family on Facebook and her iPhone. Family and Friends were everything to her.
Marilyn was a tech savvy Grandma who loved life and lived to the absolute fullest. She has passed down so many good and beautiful traits to her children and grandchildren, that she will be greatly missed as though a hole has opened up in the realm of time that will never be filled in our hearts and in our lives. To say she will be greatly missed is an understatement.