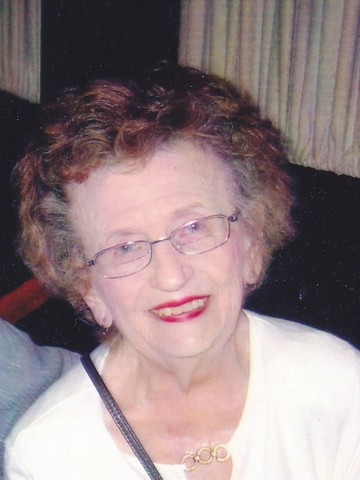 Departed on September 23, 2013 and resided in Bellevue, Tennessee

Marian Edna Muncey Hendricks, 85 of Bellevue passed away September 23rd. She was preceded in death by her husband of 64 years, Donald “Clyde” Hendricks, Sr; son, David Paul Hendricks,Sr. and grandson, David Hendricks, Jr. She is survived by daughters Peggy Myers, Patricia(Wendell)Smith, Rebecca(Jeffrey)Davis, sons Donald (Mariellen)Hendricks, Robert(Beverly)Hendricks, and sister Betty Muncey Kindoll. She leaves behind her loving grandchildren: Wendy (Robert)Carmichael, Paul Smith, James (Nikki) Myers, Chad Myers, Brannon(Renee)Hendricks, Nick Hendricks, Stacy (Brooks)Boyett, Elizabeth (Travis)Robinson, Katherine Hendricks and Kelly Hendricks. She was blessed to have 11 great-grandchildren, Jordan, Jesse, Alie, Hayley, Savannah, Isabella, Preston, Annabelle, Aubree, Charlotte and Ethan - numerous nieces, nephews and extended family.
After her children were raised, Marian worked beside her husband in the grocery business until he retired and she went on to work at Harding Academy for several years. She was a devoted Mother and Wife. She enjoyed reading, gardening and was a fabulous cook. She will be missed by all.
There will be a Memorial Service at Bellevue United Methodist Church, 7501 Old Harding Pike, Nashville, TN at 2:00 PM on Friday, October 4th. The family will be receiving guests for a Celebration of Life at River Plantations Clubhouse, Section 6, on General George Patton Road, in Bellevue immediately following the service. Flowers will be accepted at the Church, or memorial donations may be made to the American Heart or Diabetes Association.