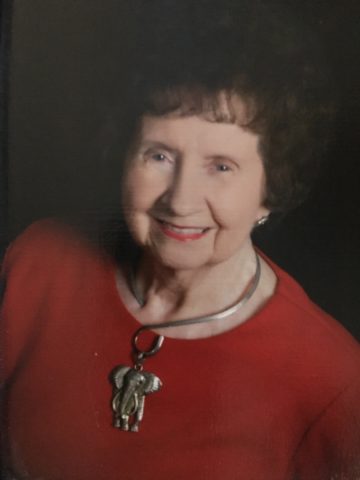 Margaret Ellen Hall Short, 94 passed away Wednesday, August 26, 2020 just two weeks before her 95th birthday. Born September 11, 1925 in Gurley, AL, she was the daughter of the late Shelby J. Hall and Sarah M. Jones Hall. She was also preceded in death by her husband, Harold Foy Short; her brother, Shelby Hall, Jr.; her sister, Mary Toney; her sisters-in-law, Sybil Dewhirst and Beth Ewing; and her brother-in-law Bill Short. Margaret and her late husband Foy spent most of their lives in Africa sharing the gospel as missionaries. She was a devout Christian, bible scholar, lover of music and a gifted singer. She had been a loving and supportive wife as well as a nurturing mother, proud and loving grandmother and great-grandmother. She returned to the United States and became part of the Kemper Heights Church of Christ in 1994. She is survived by her children, Harold F. (Vanessa) Short, Jr., James L. (Carol) Short, Ellen (David) Baize, and Kathryn (Lee) Smith; her sisters, Kathryn Wall and Edith Turner; sister-in-law, Margaret Weaver; ten grandchildren, and eleven great-grandchildren. In light of current restrictions on travel and gatherings a memorial service in celebration of her life will be held at a later date. In lieu of flowers donations to Adoration Hospice or Kemper Heights Church of Christ, Madison, TN.