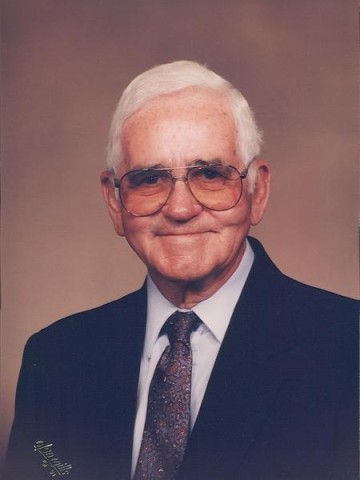 Departed on January 28, 2012 and resided in Hendersonville, TN

MANN, John Edward was 92 years old when he passed away on Saturday, January 28, 2012. He had lived in Hendersonville, TN, 4 years. He was born in Wells County, Indiana on November 11, 1919, the only child of Russell and Mable Mann. He was raised in Warren Indiana, and worked at the local gas station where he met and married Esther D. Wolff in April 1941. His wife, Esther, preceded him in death in September, 2010. Following their marriage John and Esther moved to Huntington, Indiana, where he worked on the Erie Lackawanna Railroad as an Engineer. John also served in the Navy in World War II during 1944- 46 on a Destroyer Escort. He retired in 1980 from the Erie Lackawanna Railroad and in 1986 he and his wife moved to Cottontown, Tennessee, where they were both active members of the White House SDA Church. He had 3 children Anita BogarLarry, Greenbrier, TN, Virginia Yancey Steve,Orlando, FL, and Dr. Steven Mann Janene, Nashville, TN. He had 11 grandchildren and 13 great grandchildren. A Memorial Service will be held on Saturday, February 18, 2012, at 3 p.m. at the chapel of Hendersonville Funeral Home with Pastor Ed Sharpe officiating. In lieu of flowers donations can be made to the Nashville Rescue Mission, 639 Lafayette St., Nashville, TN 37203-4226. HENDERSONVILLE FUNERAL HOME 353 JOHNNY CASH PKWY HENDERSONVILLE TN, 37075 615-824-3855 hendersonvillefh.com