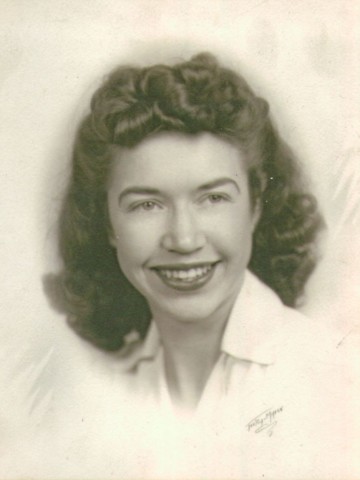 Born in Nashville, Tennessee on September 23, 1922

Departed on February 13, 2016 and resided in Nashville, Tennessee

Lillene Overby Gregory age 93 of Nashville, passed away peacefully at her home on February 13, 2016.

She graduated from Columbia Central High school in Columbia, TN and Watkins Institute in the early 1940’s. She learned short hand, dictation and other secretarial skills. During World War II, she worked as a secretary for a military training center for aircraft repair.  George and Lillene married in 1945 and moved to Oakland, California, where he was stationed in the Navy. They moved to Memphis, TN where George attended the University of Tennessee, School of Pharmacy. Go VOLS! They returned to Nashville, started a family and purchased a drugstore. They owned Knight Drug Company in Nashville for many years and served the community together. She participated with him in events for the Bordeaux Hospital Advocates which works to improve the lives of the patients. Lil was a dear friend, Mom and Nannie to many and never met a stranger. She was always a very big part of her children’s, grandchildren’s and great-grandchildren’s lives. Her faith in the Lord was unwavering. Lillene made her home a welcoming place and always had room at her table.

The Family will receive friends on Wednesday, February 17, 2016 from 2:00pm -8:00pm then again on Thursday at 11:00am until the time of the service. A Life Celebration will be held on Thursday, February 18, 2016 at 12:00pm in the Chapel of Cole and Garrett Funeral Home. Burial will follow at Nashville National Cemetery.

In lieu of flowers Memorial Donations can be made to the Bordeaux Advocates, Inc, Attention Amelia Workman, 1414 County Hospital Road, Nashville, TN 37218.