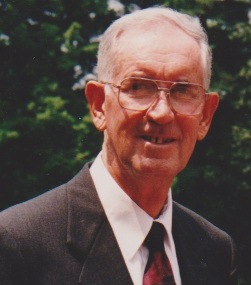 Departed on September 23, 2011 and resided in Hendersonville, TN

Eugene Legler, Jr. age 84 of Hendersonville, passed away peacefully September 23, 2011 at Alive Hospice at Skyline Madison Campus. Born November 12, 1926 in Nashville to the late Eugene, Sr. and Mary Emma Legler; he was the great-grandson of Joseph Legler, founder of J. Legler & Sons Sporting Goods in Nashville, a store serving Nashville for 95 years. He grew up in East Nashville until 1962 when he married his childhood friend and neighbor, Marion Sue Murphy. He is survived by his loving wife of 49 years, Marion; two children, Eugene "Trey" Legler, III Sandy, and Amelia Lynn Legler Lancaster Mike. He was a veteran of the United States Army serving in the Philippines, Korea and Japan. In 1950, he earned his Bachelor of Science in Biology from Peabody College and began a 37 year career with the Tennessee Wildlife Resources Agency until his retirement in 1988. He was a dedicated husband and father, and an avid hunter and fisherman. He was a member of the First United Methodist Church of Hendersonville and the Follower's Sunday School Class. His family will receive friends on Tuesday, September 27th from 5-7 p.m. at Hendersonville Funeral Home. A life celebration service will be held on Wednesday, September 28th at 10:30 a.m. from the Chapel of Hendersonville Funeral Home with Revs. Don Hutchinson and Ben Alexander officiating. Inurnment with military honors will follow in Mt. Olivet Cemetery in Nashville. In lieu of flowers, memorial donations may be made to the First United Methodist Church of Hendersonville, 217 E. Main Street, Hendersonville, TN 37075 or Alive Hospice, 1718 Patterson Street, Nashville, TN 37203. Arrangements Entrusted To: Hendersonville Memory Gardens and Funeral Home 615824-3855