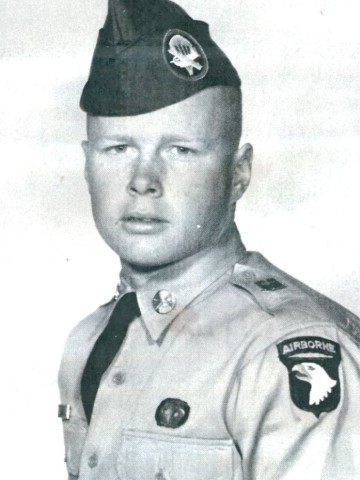 Lawrence Stanley Bateman, age 74 of Nashville and formerly of Temple City, California passed away July 31, 2015 after an extended illness. Larry was born on April 25, 1941 in Indianapolis, Indiana to the late Lawrence and Margaret Bateman. Larry was a veteran of the United States Army serving in the 101st Airborne; he worked in California for many years as a land surveyor and was very proud of his work. In addition to his parents he was preceded in death by his granddaughter, Rebecka Blair Bateman and brother, Freddy Bateman. He is survived by his loving wife, Carolyn J. Bateman; children, Melissa (Ian) Angus and Matthew (Anita) Bateman; grandchildren, Brandon Scott Angus, Luke Christian Angus, Shelby Marie Angus, Tara Lynn Angus and Logan Lawrence Bateman. A Celebration of Larry’s life will be held on Saturday, August 8th at 11:00 A.M. from the Chapel of Cole & Garrett Funeral Home with Dave and Tony Dozier officiating. Visitation with the family will be on Saturday one hour prior to the service. In lieu of flowers, memorial donations in Larry’s name may be made to the Alvin C. York VA Medical Center in care of the Hospice Department, 3400 Lebanon Rd, Murfreesboro, TN. Arrangements Entrusted To: Cole & Garrett Funeral Home, 127 N. Main St., Goodlettsville, TN 37072 (615)859-5231 www.coleandgarrett.com