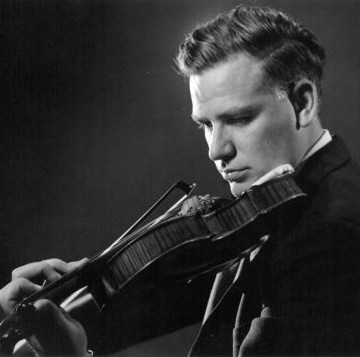 Departed on January 6, 2010 and resided in Nashville, TN

Shelly Kurland died suddenly on January 6, 2010 at the age of 81. He was a Nashville musician, but an unusual one. Shelly was a Juilliard trained violinist with a masters degree in music, a career he first pursued at Cornell University. He arrived in Nashville in 1964 to teach at Peabody College, now a part of Vanderbilt, and before long he was doing session and television work with Johnny Cash, Dolly Parton, George Jones, Bob Dylan, Neil Young and scores of others. Although a gifted musician, he was also a visionary, and with the Nashville music scene changing in the 60's, he saw an opportunity to organize local string players into a collective to perform live and on recordings. His group, the Shelly Kurland Strings won numerous "Super Picker Awards", given each year to the musicians who played on the most number one records. The "Strings" were instrumental in establishing the world famous Nashville Sound.
Shelly was born and raised in Brooklyn by his parents, Samuel and Beatrice, and for a short time by his Uncle Julius. Shelly always said he spent his childhood going to violin lessons, while wishing he were playing stickball instead.
After his retirement, Shelly spent his time traveling with his wife Barbara and doting on his children Amy, Wendy and Peter; their spouses Kelly Collom, Mark Zimbicki and Shannon Wood; and his grandchildren Peter and Zoey Zimbicki, Julian and Ben Kurland and Stephanie Herron. He was an early and generous investor in his children's endeavors including The Bluebird Cafe, Darkhorse Theater and Homework Hotline. He also added to the lives of Maureen Franklin, Hilarie Moore and Elina Sorakunnas among many others. He is also survived by his sister Elaine Murray Koren of New York City.
He moved his family to London and Europe in 1968 for eight months, took the entire clan to the beach every summer, and made more trips to Disney World than he cared to remember. It can be truthfully said that the Kurlands never run out of occasions for family dinners and Shelly never passed up the opportunity to pick up the check.
Shelly was also known for his exceptional sense of humor. For instance, in his book An Adult Guide to the Orchestra he began the chapter on the string instruments: "The most important thing in a string player's life is where he sits. First chair outside is the star. Last chair inside is pathetic." Wherever he is, Shelly is first chair today.
Visitation with the family will be at the home of Peter Kurland on Saturday between 1 and 3 pm. Persons wishing to commemorate Shelly's life are encouraged to make a contribution to Homework Hotline, 4805 Park Avenue, Nashville 37209.