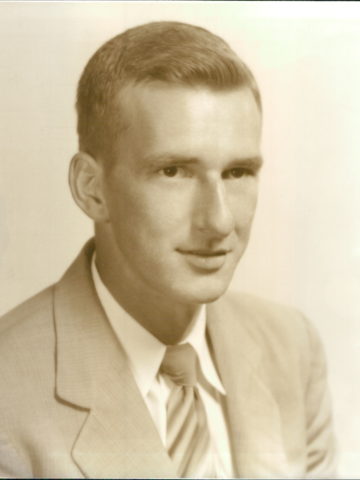 Departed on June 6, 2016 and resided in Goodlettsville, TN

Kenneth E. Cantrell, age 82 of Goodlettsville. He was preceded in death by his Parents Leo A. and Willie Shearron Cantrell, his brother Charles T. (Tom) Cantrell, and sister, Elaine Cantrell. He is survived by his wife of 61 years, Jean Newlin Cantrell, daughters Donna Gagliano (Paul) of Hermitage and Janet McWhirter (Steve) of Goodlettsville, and sons Lin Cantrell (Twana) of Gainesville, FL, and Kyle Cantrell (Becky) of Mt. Juliet. He is survived by sisters Virginia Roland of Hendersonville, Annette Harris of Greenbrier, and Cleo Wayman of Portland, and a brother Tony Cantrell of Springfield. He leaves 10 grandchildren and 8 great-grandchildren.
He was a graduate of Joelton High School and served in the US Army from 1952 to 1956. He and his brother Tom were founders and principals in Red Arrow Delivery Service. They also founded Dixie Airways. Both were licensed pilots.
He was a member of New Hope Free Will Baptist Church in Joelton. He was an avid golfer and member of Old Hickory Country Club and Tennessee Traveling Senior Golf Association.
He will be sorely missed by all who knew and loved him.
Cole & Garrett Funeral Home in Goodlettsville will handle his arrangements. There will be visitation on Thursday June 9 for family from 3-4pm, and open to friends from 4-8pm.
His funeral will be held at New Hope Free Will Baptist Church in Joelton Friday June 10 starting at 10am. Visitation at the church will start from 9am prior to the funeral service. He will be buried at the church cemetery onsite.
In lieu of flowers, the family would appreciate donations in Ken’s Memory to New Hope Free Will Baptist Church of Joelton, TN.