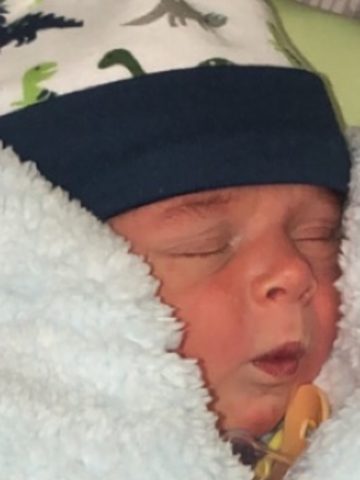 Departed on December 3, 2019 and resided in Cedar Hill, TN

Keelan Marley Jackson, infant son of Keely Jackson and Aaron Crimmons passed away Tuesday, December 3, 2019 at his home in Cedar Hill, TN. Born in Springfield on October 16, 2019 he leaves to cherish his memory, his mother, Keely; his grandparents, Jeff Iveson and Sandi Jackson; uncles, J.C. Iveson and Zak Iveson; aunts, Krista Brown and Kylie Iveson; and his Godparent, Jon Burks. He was preceded in death by his great-grandparents Barry and Bonnie Jackson; and also by an uncle, Barry Jackson, Jr. Visitation for Keelan will be held Friday, December 6, 2019 from 4 to 8 PM at Cole & Garrett Funeral Home Goodlettsville. The funeral service will be conducted Saturday, December 7, 2019 at 1 PM at the funeral home.