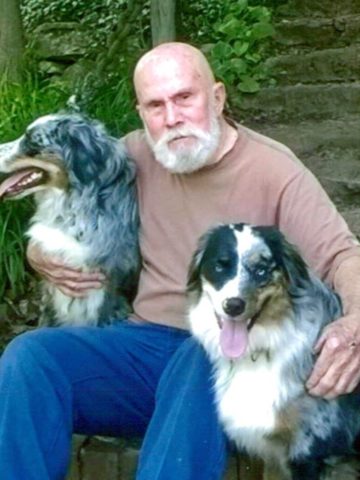 John William Poteet, 89, passed away Monday, July 29, 2019 at the Veteran’s Hospital, Nashville, TN. Born in Rising Fawn, GA, May 25, 1930, John was the son of the late Robert Cordell Poteet and Lottie Lovel (Hicks) Poteet. John was also preceded in death by his wife, Cora G. Poteet; a son, John Kevin Poteet; a granddaughter, Lindsey Poteet; and brothers, Jim, Charles, Robert and Gene. An Army Veteran of the Korean War, John was the recipient of the Korean Service Medal with Two Bronze Stars. He had been a welder and worked for many years at Peterbilt in Nashville taking an early retirement to become the caregiver to his late mother. John also served as primary caregiver to his late wife, Cora during her battle with ovarian cancer. John was a devoted son, husband, father, grandfather, brother and uncle who would often go out of his way to help others. He continues to help others through the donor gift of skin grafts. Loved by many and respected and looked up to by many more, John, was an extremely hardworking man. Although he had retired early, he did not “quit” work and he continued to work throughout his life. He loved his “girls”, Lily and Daisy, the Australian Shepherds that meant so much to him and would often be seen accompanying him on errands around town or shopping at H.G. Hill in Goodlettsville. He loved the outdoors and in his spare time he enjoyed traveling with his wife and family, hunting, gardening, and spending time in Dowelltown. He was always busy building or working on something. If it was broken, he could usually fix it and he taught his sons, grandsons and daughter the same. John is survived by his children, Larry Dean Poteet; Cynthia Alsalieby (Ala’) and Timothy Poteet (Tish Bartlett); his grandchildren, Elizabeth “Liz” McMillan, Dylan Poteet, Julian-Dre’ Smith, Dre’lyn Smith, and Colburn Montgomery; great-granddaughter, Arwen Poteet; great-grandson, Christian McMillan; his brothers, Richard and Delmer “Doc”; his family friends, Karyn Hymer, Cindy Nolen and Bobby Cole; and numerous nieces, nephews and friends. A Life Celebration Service with Military Honors will be held Sunday, August 4, 2019 at 2 PM at Cole & Garrett Funeral Home, Goodlettsville. Visitation will be held at the funeral home from 12 to 2 PM immediately prior to the service on Sunday. In lieu of flowers, memorial contributions may be made to the D.A.V. or to your local Humane Society / Animal Shelter.