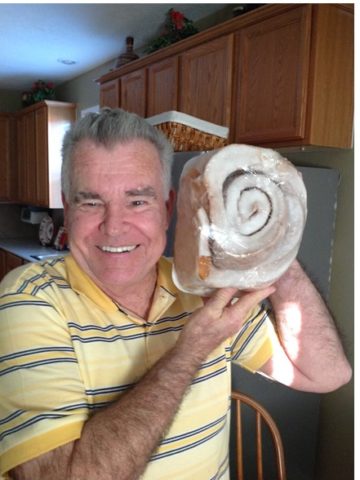 John Wayne Traughber, age 77, from Mulberry FL, passed away on March 28, 2018. Born on February 17, 1941, he grew up in the Nashville, TN area, until moving to Florida several years ago. He was a very kind, and gentle soul, and was the backbone of his family. He will be greatly missed as a loving husband, father, brother, grandfather, and especially a great-grandfather. He was preceded in death by his son, Timothy Wayne Traughber, and daughter, Treva Lynn Clark. Survived by his wife, Shirley Ann Traughber; daughter, Tina (Mark) Smith; son, Anthony (Shirley) Traughber; brother, Buddy Traughber; sisters, Ann Ghea and Peggy Corbitt; six grandchildren, and two great-grandchildren. Visitation will be at Cole & Garrett Funeral Home, Goodlettsville Wednesday from 4-8pm, and on Thursday April 5 from 10am until service time at 11 am. Interment will follow at Willow Grove Cemetery in Hartsville, TN.