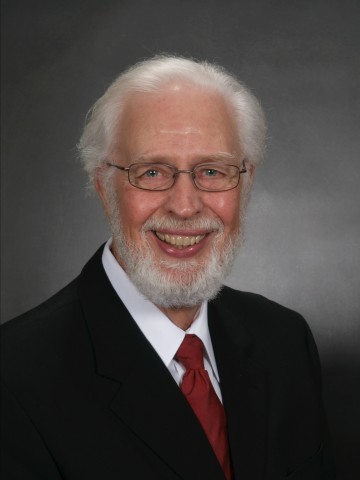 Departed on February 7, 2016 and resided in Old Hickory, TN

John spent most of his early life in Goodlettsville, graduating from Goodlettsville High School where he was very active in FFA. His involvement in FFA continued after high school into college and even after retirement later in life serving as the first President of the FFA Alumni Association. In addition to this, John was awarded the National FFA VIP Award and the National FFA American Degree, the highest award bestowed upon an individual in the FFA.

An educator for many years, John was the Executive Director of the Tennessee Career and Technical Education Council, Assistant Commissioner of Tennessee Vocational Education (75-79) and was retired from the Tennessee Department of Education. John was a very spiritual man who was proud of his faith. He was a member of Tusculum Hills Baptist Church where he was very active in church activities; served on several committees and loved teaching his Sunday School Class, the “Good Fellowship Class.” Mission work was also very close to John’s heart; he went on several mission trips to the Crow Indian Reservation in Montana. John had the demeanor of a western rancher and was a cowboy at heart, rarely seen without his cowboy hat and boots.

He is survived by his wife, Kathy Leeman; nephews, Robert Gregory, Christopher Gregory, David Gregory, Joseph Tarpley, John Tarpley, Freddy Tarpley and John Preston Arrowood; he also has numerous great nieces and nephews who survive. A Life Celebration service honoring John will be conducted on Wednesday, February 10th at 11:00 A.M. from Tusculum Hills Baptist Church with Pastor Paul Gunn officiating. Interment will follow in Forest Lawn Memorial Gardens. Visitation with the family will be on Tuesday, February 9th from 4-7 P.M. at Cole & Garrett in Goodlettsville and on Wednesday one hour prior to the service at the church. In lieu of flowers, memorial donations may be made to The Tennessee FFA Foundation (www.tnffa.org) or The Nashville Rescue Mission. Arrangements Entrusted To: Cole & Garrett Funeral Home, Goodlettsville (615)859-5231 www.coleandgarrett.com