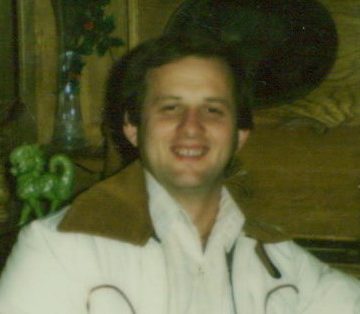 John Halton Spurlock, age 73, most recently of McKendree Village in Hermitage, TN, passed on Wednesday night February 12, 2020. Born on Christmas Eve of 1946, he was the second son of Lena Vanatta Doss and the late Milligan Spurlock of Woodbury Tennessee. John grew up in Goodlettsville, TN, where he attended and graduated from the former Goodlettsville High School. He was a leading NIL scorer during his successful Trojan Basketball career. He next attended Lipscomb University for several years studying accounting before purchasing a farm in Pleasant View, TN. John was a knowledgeable and talented horseman. He bred, raised, and trained champion Quarter Horses and Thoroughbred Race horses. Besides being a licensed racehorse trainer he was also active as a competitor in local horse shows. He accumulated quite a few TSCA state trophies and awards. John excelled in speed events such as Barrel Racing, Flag Racing, and Pole Bending. He won several Western Pleasure awards. John had a colt he raised and trained run second in the prestigious Quarter Horse Congress Futurity in Columbus, Ohio. John shared his love for sports with his family and those he coached. Not only did he help coach and support his own daughters and son, but also continued as an avid participant in his grandchildren's sports endeavors. John was a man of faith and family. He served well as a Christian leader and example for his children and grandchildren. John was also a very talented carpenter. He started a successful construction company and designed and built several outstanding homes and barns. He was a loving, caring, and generous man.
John is survived by his mother, Lena Doss; his daughter, Brigette Franzen and her children Chandler Franzen and Trinity Franzen; his daughter Wendy (Nick) Rankhorn and their children Laney Tucker and A.J. Rankhorn; his son Jay Spurlock; and his brothers Charles (Faye) Spurlock, and Glen (Angela) Doss. A celebration of life for John will be held Sunday at 2 pm at Cole & Garrett Funeral Home, Goodletsville, TN. Visitation will take place at the funeral home on Sunday from 1-2 pm prior to the service and then again following the service until 5 pm. In lieu of flowers, memorial contributions may be made to The Pat Head Summit Foundation for Alzheimer’s Research.