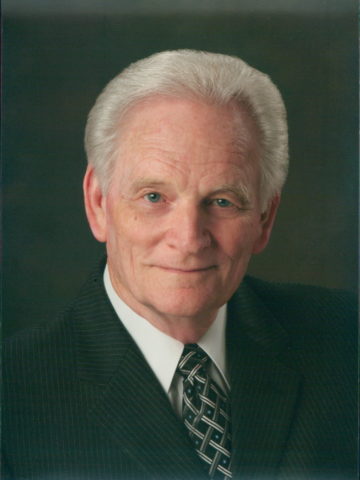 Departed on December 30, 2020 and resided in Greenbrier, TN

John Frank Bruce of Greenbrier, TN died December 30, 2020, in Nashville, TN. Born on December 29, 1936, in Tennille, GA, he was the son of the late, James Fletcher Bruce and Georgia Marie Yearwood Bruce. Frank was also preceded in death by his sisters Pauline Winslett, Doris Prescott, Jewell Prescott, Mary Sally Kelly; and his brothers James Fletcher Bruce Jr. and Howard Lindbergh Bruce.
He is survived by his wife of 61 years, Loretta Young Bruce; sons Brent Milan Bruce (Tricia) and Brian Scott Bruce (Pam); sister Betty Ann Alexander of Eatonton, GA; 9 grandchildren and 13 great-grandchildren
In 1954, during his senior year of high school, Frank trusted Christ as his Savior during a revival meeting in Eatonton, GA. It wasn’t long after this that he entered Bob Jones University as an accounting major. Yet, between his sophomore and junior year, he felt called into the ministry and changed his major to Bible. While attending Bob Jones, he met his wife Loretta Young. They were married on August 16, 1959. Frank graduated from Bob Jones University in 1961 with a degree in Christian Education and pastored his first church in Hardingville, NJ. Two years later he moved back to Bob Jones University where he was offered a position on staff. This gave him the opportunity to work on graduate courses. During this time he also pastored Waynesboro Bible Church in Waynesboro, GA. In August 1964, he accepted a full-time pastorate at Madison Southern Methodist Church in Madison, TN. After being here for one year he, along with a group of other church members started a church in the Nashville area, and Calvary Bible Church was formed. Soon after in 1969 Frank and Loretta Bruce founded Pioneer Christian Academy. This was the beginning of a lifetime of dedication and commitment to Christian education and a ministry to students and families that has lasted beyond the 40-year existence of the school. There are so many wonderful memories and thoughtful words that can be shared about Dr. J. Frank Bruce, including endless accounts of Godly influence, love, kindness, and goodness. We will miss him every day but rest in knowing he is with his Lord and Savior. Proverbs 3:5-6 Frank was the recipient of two honorary degrees. Honorary Doctor of Divinity from Holy Trinity College in 1979, and Honorary Doctor of Humanities from Bob Jones University in 1984.
Due to the public health emergency, a memorial and celebration of life will be scheduled in Nashville, TN in spring 2021, pending any other unforeseen circumstances.
A service for the family will be held in Eatonton, GA. on Monday, January 4, 2020, at 12:00. Visitation will be from 10:00-12:00 prior to the service. In lieu of flowers, please send a donation to Berean Baptist Church, 268 Marlin Rd., White House, TN 37188 or Jonathan Edwards Classical Academy, 4479 Jackson Rd., Whites Creek, TN 37189