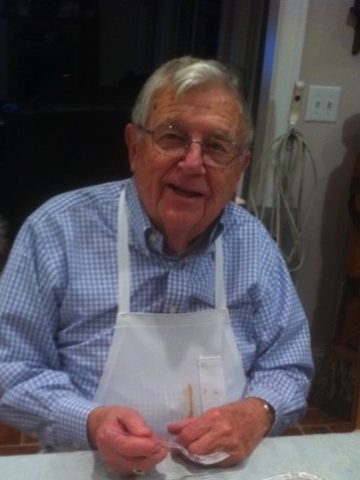 Joel Rex Tidwell, Sr., 90 of Madison, passed away Friday August 30, 2019. Born in Nashville, January 13, 1929, Rex was the son of the late William Doyle Tidwell and Ella Mae (Teems) Tidwell. He was also preceded in death by his first wife, Ruby Alexander (Barnes) Tidwell in 1981; as well as by two sisters, Aileen Huffines and Wilda Newman. Rex graduated from Goodlettsville High School and then entered the Army during the Korean War. For many years he owned and operated the former Maplewood Foodtown on Gallatin Road. He also ran an antiques business in the antique malls in Goodlettsville. Rex was a life-long member of the Rivergate Church of Christ. A dedicated family man he loved spending time with family regardless of the occasion. Rex also enjoyed traveling on road-trips. He is survived by his second wife, Judy N. (King) Tidwell; his son, Joel Rex Tidwell Jr.; his daughter, Sharon Elizabeth Crocker (Rodger); three grandchildren, Cassey Lynn (Henry), Conner Crocker, and Sarah Tidwell; and two brothers, Doyle Tidwell (Ann) and Bob Tidwell (Melva). Visitation will be held Sunday from 12 noon until 4 PM at Cole & Garrett Funeral Home Goodlettsville. A graveside service will be conducted Tuesday at 11 AM at Spring Hill Cemetery. In lieu of flowers, memorial contributions may be made to High Point Hospice, the Rivergate Church of Christ or to the Goodpasture Christian School.