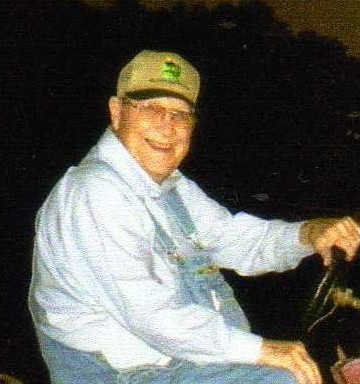 Departed on January 22, 2015 and resided in Hendersonville, TN

Joe was born in Robertson County, Tennessee, near White House on October 9, 1934.  He graduated from East Robertson High School, attended UT Martin, earned his B.S. from Tennessee Tech University in 1958, and his Master’s Degree from the University of Oklahoma in 1966.

Joe began his career with the Tennessee Department of Health and Environment in 1958 working as the environmentalist for Stewart and Houston Counties.  He moved to the Central Office in Nashville in 1962.  He served as Assistant Director of the Food and General Sanitation Division from 1973-1983, Director of the Surface Mining Division from 1983-1985, and Director of the Food and General Sanitation Division from 1985 until his retirement in 1991.  Joe earned the Lynn B. Hearn Environmentalist of the Year Award in 1984.  He also received the Distinguished Service Award from the Tennessee Public Health Association in 1976.  Joe received a Special Appreciation Award from Governor Lamar Alexander in 1982 for his  work with the 1982 World’s Fair in Knoxville to assure environmental health and food safety during the event.  He was a Registered Professional Environmentalist and served on the RPE Board in 1981.  Joe was inducted as an inaugural member into the Tennessee Environmental Hall of Fame in 2009.

For the last 29 years of his life, Joe was active in A.A., known to many as “449 Joe”.  He assisted thousands in the Twelve Step Recovery Community by purchasing and distributing recovery literature;  providing advice and assistance to recovering alcoholics and addicts; and providing recovery meetings to patients at the Tennessee Christian Medical Center.  In 2008, the Alcohol and Drug Council of Middle Tennessee presented him with the John Mulloy Community Service Award.  No matter how far down an alcoholic or addict had gone, Joe saw the face of God reflected in each of their faces and reached out to help them.

Joe loved spending time  with his Hardee’s breakfast group and his buddies at Bowling’s Automotive, traveling with his Health Department Retirees Group, and “hanging out” with family and friends at Barely Do Farms.

His ever-present overalls, his “Old Joe Here” telephone greeting, and his wonderful smile will be missed by all of us.

A gathering of family and friends will be held Saturday, February 7th from 2:00 p.m. until 7:00 p.m. at Cole & Garrett Funeral Home in White House.  In lieu of flowers, memorial contributions may be made in Joe’s name to Alive Hospice or to the charitable organization of your choice.