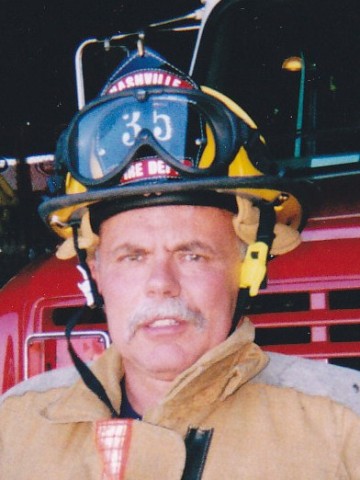 Departed on December 9, 2013 and resided in White House, TN

"Stingray" of White House, Tennessee, died suddenly leaving behind a wife, Rita Sue Moss Luna Milliken, whom he married Feb.25, 2004. He was born on July 29, 1950, to Jesse James and Beulah Milliken. After graduating from high school, he went to the navy and later joined the Metro Fire Department in 1975. After serving his community for 30 years, he retired from the Metro Fire Department in 2005. At the time of his death he attended Charlotte Heights Church of Christ. He leaves behind 4 children, 3 step-children and 14 grandchildren. His children are Jimmy Milliken Jr. (Kendra), Jason Milliken (Tiffany), Rosanna Krammer and Kim Milliken; his step-children are Melissa Bishop (Brian), Bryan Luna and Shanelle Gregory (Rob); his in-laws are Francis and Mary Nell Moss Abel. Jimmie is also survived by 2 brothers, Terry and Bobby Milliken, and a sister Barbara Holt. Jimmie also had two beloved dogs, Prince and Napoleon. Visitation will be at West Harpeth Funeral Home from 3 to 8 pm on Thursday and 9 to 10 am on Friday. Celebration of Life Services for Jimmie will be at 10 am on Friday. He will be laid to rest in Hillview Cemetery in Alexandria, Tennessee. Palbearers will be 6 of his closest brothers of the Nashville Fire Department; all Metro Nashville firefighters will be honorary pallbearers. WEST HARPETH FUNERAL HOME, 6962 Charlotte Pike; 352-9400