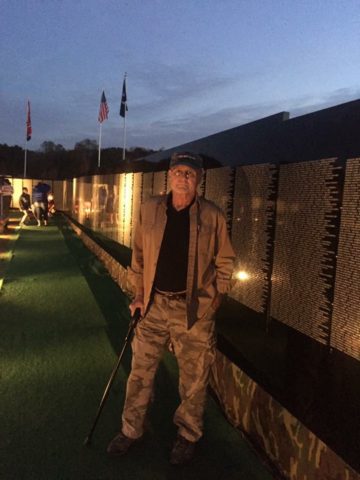 Born in Franklin, Tennessee on November 2, 1947

Departed on September 7, 2017 and resided in Springfield, Tennessee

Jim Horton age 69 of Springfield and formally of Madison passed away on September 7, 2017 in Nashville.
He was born on November 2, 1947 to the late James Edward and Leatha Horton, Sr. in Franklin, Tennessee. He was described as a jack of all trades having many different careers throughout his life, everything from having a HVAC business to Vending machine Service to building wings for B-1 Bomber air planes. He enjoyed discovering new things and would dive in learning everything he could about it.
This extended over into the different hobbies through the years. He mastered things like throwing and making different axes, kayaking, repelling, horses, racing sail-boats, and even reenacting at Mansker’s Creek. Jim was described as an adventures man always looking for something to involve himself and especially his family and friends in.
Mr. Jim was a family man he loved fishing, camping and traveling, especially out west with his wife and children. He loved spending time with his grandchildren and watching them play in their sports.
He was a drill sergeant in the United States Army, fought during the Vietnam War and received a purple heart. He was one of middle Tennessee pioneers of motor cross racing. He loved to go rock crawling in his jeep, was a gun enthusiast and enjoyed blacksmithing and was the founder of the Armstrong Forge.
He is survived by his beloved wife of 49 years, Anita Horton; children, Lisa Horton, Jackie (Jeff) Kolb, James (Kelly) Horton, III, Steven (Ashley) Horton; grandchildren Spencer Kolb, William Kolb, Madilyn Horton, Ty Horton, Charlotte Horton, and Grant Horton; siblings Anthony (Leslie) Schiano and Gloria (Dan) Winters.
A Life Celebration will be held at 2:00pm on Sunday, September 10, 2017 at the Cole & Garrett Funeral Home in Goodlettsville. Burial will follow at Beech Cemetery with James Horton, Steven Horton, Anthony Schiano, Jeff Kolb, Randy Cox and Larry Claud serving as pallbearers and Spencer Kolb, William Kolb, Ty Horton and Grant Horton serving as Honorary Pallbearers.
The family will receive friends on Saturday, September 9th from 3-8pm then again on Sunday from 12:00 until the time of service at the funeral home.
These arrangements were entrusted to Cole & Garrett Funeral Home 127 North Main Street Goodlettsville, Tennessee 37072: 615-859-5231