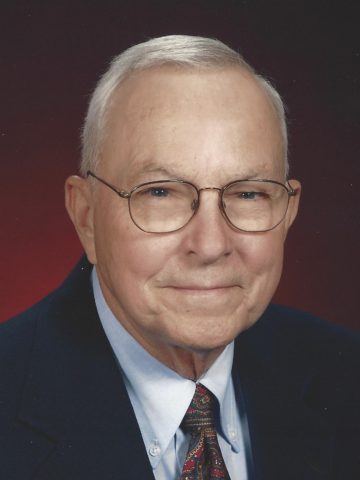 Departed on September 23, 2018 and resided in White House, TN

James (Jim) Homer Savage Jr., of White House, TN, passed away September 23, 2018 at age 82. He was a native of Elizabethtown, Kentucky and, at an early age, he moved with his family to Davidson County, Tennessee where he graduated from East High School. As a young man, he worked at McGinnis Pharmacy and decided to pursue a career in Pharmacy, and completed a pre-pharmacy program at George Peabody College and then graduated from the University of Tennessee at Memphis School of Pharmacy in 1959. After graduation, he returned to work at McGinnis Pharmacy where he stayed until 1964, when he left to practice at Lynn Drugs in Gallatin.
In August, 1968, desiring to own his own business, he purchased McCurdy Drug Store, the only drug store in White House, he worked hard and his new business soon became highly successful and a focal point for community activities. After thirty years of admirable service to his many White House Pharmacy customers, he sold the business in 1998, to Fred's where he still worked as a Pharmacist.
In the finest traditions of the ”Volunteer State," Jim Savage has generously contributed his time and leadership to several community activities.
In 1971, he served as a leader in the important effort to incorporate White House; and he has also served with distinction as Chairman and as a member of the White House Municipal Planning Commission, and an active member of his church.
James Savage, Jr. was a loving husband of Willa Dean “Willie” Savage, who passed in 2008, and devoted father of Mark (Mary) Savage and Mindy (John Childress) and the proud grandfather of his three grandchildren, Zak, Kayla, and Megan; his twin sister, Carolyn Yealy. He was preceded in death by his brother Jack Savage and sister Jane Talbert.
Visitation will be at Cole & Garrett Funeral Home, White House Wednesday from 12-8pm, and Thursday from 10-11:30 am. Funeral service will be Thursday at 12pm at Temple Baptist Church, 117 Marlin Rd., White House, with interment to follow at White House Memorial Gardens. Family and friends will serve as active pallbearers. Honorary pallbearer will be Billy Hobbs. In lieu of flowers, donations may be made to the building fund at Temple Baptist Church.