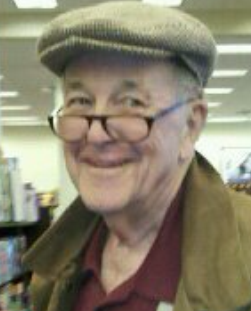 Jeffrey Jerome Wells died March 14, 2014 age 82 after a long and valiant battle with blood cancer. He is preceeded in death by his wife of 62 years, Gloria, in February 2013. Born in Birmingham, Alabama, Jefferson County, on March 12, 1932, he was the son of Luther Lamar Wells of Alabama and Edith Lorelle Horne of South Georgia, retired in Nashville, Tennessee, and his sister, Iris Wells Ellis of Georgia. Survived by his children Michael Wells of Kingston Springs, Amy Wells Campbell, (Don) of Fairview and Annette Wells (Chuck Hulan) of Kingston Springs. Mr. Wells was a devoted grandfather and great grandfather. Survived by grandson James Wells (Amanda), granddaughters, Rachel McGhee (Chuck Hammond of Pegram and Abigail Wells Getty of Knoxville, great grandsons, Austin McGhee, Charlie McGhee and Hayden Wells.

Mr.Wells was a graduate of Grady High School in Atlanta, Georgia and the University of Georgia where he received his teaching degree as a History major. He was in the Army Signal Corps during the Korean War, from 1954-1956. Jeffrey Jerome Wells began his very accomplished career at the Federal Reserve Bank (FRB) of Atlanta in the mailroom when he was 18. Except for 2 years in the US Army during the Korean War, he was with the FRB until his retirement in 1987. He was the first data processing manager for the Atlanta FRB in charge of setting up the FRB’s data processing and computer systems. In 1966, he accepted a promotion to the Nashville office and became the branch manager in 1968. At the age of 36, Jeff was the youngest branch manager in the 6th FRB district history. As VP of the Atlanta FRB, he was responsible for all of the FRB’s operations for the State of Tennessee East of Memphis. He attended the Harvard Banking School.

Jeff was determined to gather the sharpest folks in all walks of Tennessee business for his Boards of Directors. He interacted with all the boards of all of the major banks in his district and invited the first woman and African American business people to serve on the Nashville FRB Board.
Mr. Wells was a lifelong scholar of history, especially early American history. He loved great Blue Grass and Roger Miller music, everything Mark Twain wrote and pogo comics.

The family would like to thank countless lifelong friends, relatives and neighbors for all of the love and support and heartfelt memories and kind words for both Jeff and Gloria, his sweet companion of 66 years. The family would also like to express their gratitude to his doctors, especially Dr. Bruce Richards, GP, and his staff and to Dr. Seth Cooper and staff at Tennessee oncology for their devotion and compassionate care during his struggle with his disease, as well as the Dan Rudy Cancer Center at St. Thomas Hospital. The staff was always loving and caring and pros all the way.