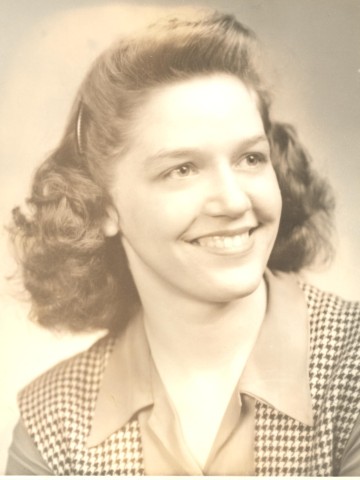 Departed on November 14, 2014 and resided in Goodlettsville, TN

Frizzell, Jeane Smiley passed peacefully from this life near midnight on Thursday, November 13th after valiantly fighting a long battle with cancer. She was two days shy of her 85th birthday. She was preceded in death by her parents, Murphy and Billie Smiley, her twin sister, Joan Raby, and a brother, William Murphy Smiley. She is survived by her devoted husband of 65 years, Ray Frizzell, Jr., two loving daughters, Kayren (Johnny Mack) Young, and Carole Smith, two granddaughters, Holly (Ron) Hogan, and Jenny (Walter) Rayburn and two great-grandchildren, Marley and Atticus Rayburn. She is also survived by a brother, Jerry Smiley and several nieces and nephews. Jeane had a servant heart and faithfully served alongside her husband in churches of Christ in 5 states. She taught children and ladies classes most of her life. She was an encourager, a mentor, and example to countless persons -- truly an example of Christian womanhood. Ray and Jeane have been part of the Shackle Island Church of Christ for almost 22 years. Visitation is planned for Monday from 2-8 p.m. and 1 hour prior to the Celebration of Life on Tuesday at 1:30 at the Goodlettsville Church of Christ, 401 South Main St. Those desiring to make memorial contributions in her honor may do so to: Shackle Island Church of Christ, 3578 Long Hollow Pike, Goodlettsville, TN 37072 for the "Ray and Jeane Frizzell Bible Scholarship" or "JMY Ukraine Missions."