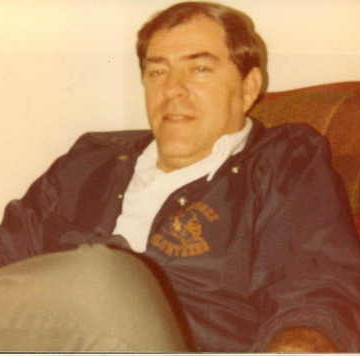 Departed on July 22, 2013 and resided in Hendersonville, TN

JARRARD, Jack R.-age 75 of Hendersonville, TN passed away peacefully on July 22, 2013. Jack was the graduate of the 1956 class of Joelton High School where he met the love of his life Nancy Ann Davis. They married in 1958. He began a career with Armstrong & Pirelli formerly Gates & Armstrong Rubber Company retiring at age 50. After his retirement he was able to enjoy his three grandchildren to the fullest. He was a member of the Hendersonville Masonic Lodge #359. Jack will be remembered for his love of horse racing, humility, generosity, and sense of humor. Out of all Jack's hobbies, never missing a grandchild's ball game was #1 on his list. He was a loving husband, father, grandfather, brother, uncle and friend who will be deeply missed. He is preceded in death by his wife, Nancy Jarrard; son, Michael Jarrard and sister, Marsha Gift. He is survived by his daughter, Jacqueline Tim Covington; grandchildren, Cale Ashley Rice, Kensley Covington, Mali Covington; nephew, Daniel Gift; brothers, Ray Donna Jenkins and Mark Regina Jenkins. Jack will also forever be missed by his dog Tex. Visitation will be held on Wednesday from 11 a.m. until the service at 2 p.m. at HEDNERSONVILLE FUNERAL HOME 353 Johnny Cash Pkwy Hendersonville, TN 37075 615 824-3855 hendersonvillefh.com