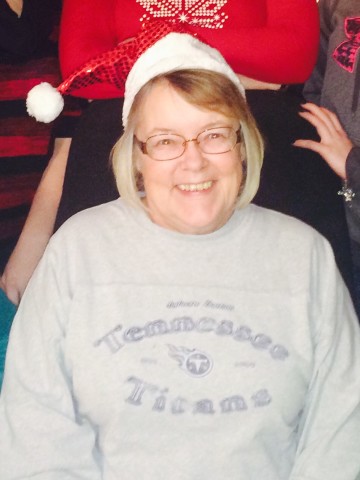 Born in Worcester, Massachuset on November 3, 1951

Departed on November 27, 2015 and resided in White House, TN

Janel was born November 3, 1951 to parents, Winthrop and Jean Jacques who preceded her in death.  She was also preceded in death by brother, Peter Jacques and step-son, Chad Lybarger.

A Celebration of Life service will be held 7:00 p.m. Monday, November 30, 2015 from the Cole & Garrett Funeral Home chapel in White House.

If desired, memorial contributions may be made to Tennessee Hemophilia and Bleeding Disorders Foundation, 1819 Ward Drive, Suite 102, Murfreesboro, TN  37129.