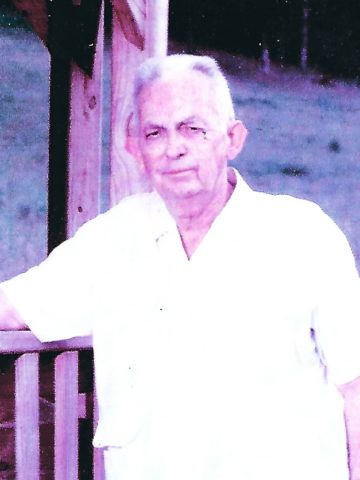 Departed on December 3, 2017 and resided in Goodlettsville, TN

At the age of 18, he was drafted into the Army into the 105th infantry regiment during WWII. He fought in Okinawa and was awarded the Bronze Star for his efforts to help uncover the last known Japanese combat unit. He later earned a degree in Agriculture at MTSU and attended Artillery school at Fort Sill. He received a master’s in Agricultural Economics at Iowa State, then headed west to join the California National Guard. He received a full scholarship to Stanford University where he obtained his PhD in 1958. From there he became an assistant professor of agricultural economics at the University of Kentucky, and would go on to become the director of the Department of Agriculture for CA Governor Pat Brown, and later, the Assistant Secretary of Agriculture for the JFK Administration.

An entrepreneur, he later owned numerous small businesses including nursing homes, motels, restaurants, a sanatorium, and a hospital which he founded. He obtained the level of colonel with the National Guard, was also a real estate broker, and volunteer counselor and mentor to small business owners. He was a Free Mason, VFW Post 6993 member, and lifetime member of Beech Cumberland Presbyterian Church in Hendersonville, TN. He never retired. He was 91.

A Life Celebration service will be held Friday at 11 AM at Beech Cumberland Presbyterian Church followed by interment with military honors in Beech Cemetery. An hour of visitation will be held at church from 10 – 11 AM immediate prior to the service Friday.