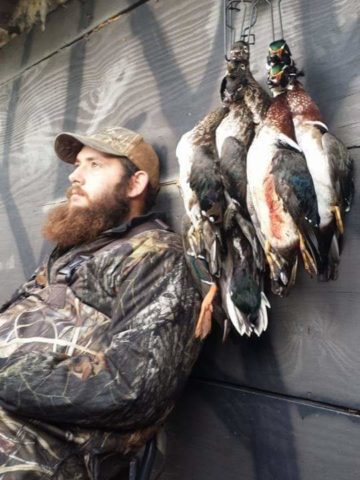 Departed on December 2, 2018 and resided in Louisville, KY

James Scott Jones, 28, passed away on December 2, 2018. Born May 20, 1990 in Murfreesboro, TN he was the son of Janet Raymer and Alan B. Jones. A dedicated and hard working individual, he was employed at Globe Manufacturing through Local 502 Pipefitters Union. He was a member of Masonic Lodge 942, and an active member of Beechland Baptist Church in Louisville, KY. In his spare time he loved duck hunting, being on a tractor, 4 wheelers and mudding. He was also an avid reader. He will be remembered as a very giving person who never met a stranger. He is survived by his mother, Janet (Pam “Step Daddy”) Raymer; his father, Alan (Beth) Jones; his daughter, Kensington Grey Jones; his brothers, Jeremy A. Jones, Lukas Jones, James Jessie, Michael Jessie and Daniel Lloyd; his sisters, Amy Jones and Victoria Jessie; his grandparents, Jim and Gwen Garrett, Judy Adcock, Marilyn and Jerry Raymer, and Allen Simmons; 3 nieces, 1 nephew, extended family and numerous friends. Visitation will be held at Cole & Garrett Funeral Home, Goodlettsville, TN on Thursday, December 6, 2018 from 1 – 3 pm. A Celebration of Life Service will be held at the funeral home Thursday at 3 pm. Another memorial service will be held the evening of Thursday December 13th at Beechland Baptist Church.