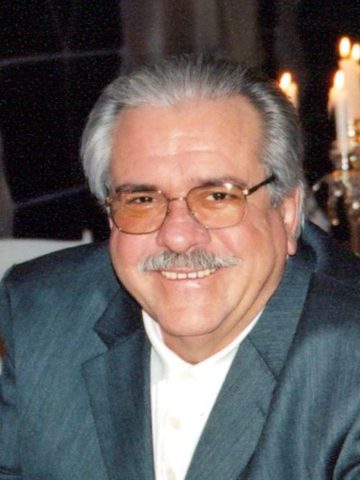 James Samuel Stewart, better known as “Sam” “Sambo” or “Pops”, was born on May 27, 1947 here in Nashville. He passed away at his home on June 17, 2016. He was preceded in death by his parents Mary and Garland Stewart, his brother, Joe Brevard, and his sister, Loretta Whorley. He is survived by Sandra, his wife of 26 years, their children, Trudy, Joey, Clint and Cindy and four grandchildren, Coleman, Skylynn, Benjamin and Kaitlyn.

Sam retired from AVCO Corporation after 42 years of service where he was a faithful member of International Association of Machinists and Aerospace Workers Local 735. When not at work he spent his spare time watching or attending the NASCAR races and was a passionate memorabilia collector and follower of Dale Earnhardt, Sr. He loved boating at Center Hill Lake and playing in the pool at home with his grandchildren, who soon became the loves of his life. He was always first to try the best new meat and three or the local catfish house. When it comes to sports he was Vandy all the way ... “Go Dores, Anchor Down.”

Sam was a very compassionate and loyal friend. He always had a smile and gave selflessly of his time performing many random acts of kindness. Sam will truly be missed but he will remain in our hearts forever.
Pallbearers will be Coleman Sutton, Joey Stewart, Clint Stewart, Charlie Ignatz, Charles Bales, Robert Crutcher. Honorary pallbearers will be the Goodlettsville High School class of 1967. Visitation with the family will be 4-7 pm on Sunday, June 19, 2016 at Cole and Garrett Funeral Home, Goodlettsville, TN. Graveside service will be 10 am Monday, June 20, 2016 at Forest Lawn Memorial Gardens. Anyone wishing to share a memory of Sam may do so at the graveside service. The family would greatly appreciate it.