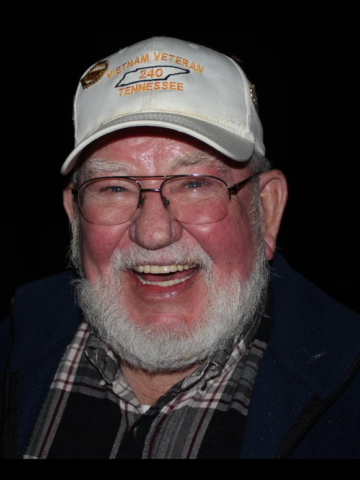 James “Jim” M. O’Dell, age 84, passed away April 15, 2021. He was born in Craigsville, West Virginia to the late Carl Rupert O’Dell and Thelma Sheppard O’Dell. He was preceded in death by his wife of 43 years Lou, several brothers and sisters, one great grandchild and the mother of his two daughters Evelyn Gray. He is survived by his faithful furry companion Buddy, his son, Wesley (Terry) Beehler; daughters, Karen (David) Jakubek, Debbie (Bryan) Persson, and JoAnn (Rick) Young; sisters, Eleanor Hubert, Martha McConnell; ten grandchildren, thirteen great-grandchildren with one on the way, and numerous nieces and nephews.
Jim was a veteran from the United States Air Force. He served for 20 years during which time he was stationed in Vietnam during the war. He traveled to many other places during his time in the Air Force. He made many friends in all places he visited and resided. He was a member of Vietnam Veterans of America, Chapter 240, where he served in the Honor Guard and a member of Tac Tankers.
When he retired from the Air Force, he moved from Michigan to California. He then began a career working for Ball Corporation in California as a mechanic. He was employed there for 20+ years. He is greatly missed there as he has received several calls asking for advice on machinery or a repair through the years. On his off time, he enjoyed a round of golf with friends and family. His passion for cars earned him the title of neighborhood mechanic. He could and has rebuilt cars from the frame up. He enjoyed sharing his knowledge with others, teaching them how to work on their own vehicle.
After retirement from Ball Corporation, he and Lou moved to middle Tennessee. Jim was a great husband, father and friend. He had a gift to be able to fix any kind of motor even if he had never seen one before. He would help anyone who needed it or find the help they needed. For many years he ran a food bank out of his own storage building for veteran’s and military families. He was also able to get a few rounds of golf in until a shoulder injury retired him from the game.
Jim will have a graveside service with military honors at Middle Tennessee State Veterans Cemetery on Thursday May 20, 2021 at 1:00 PM.