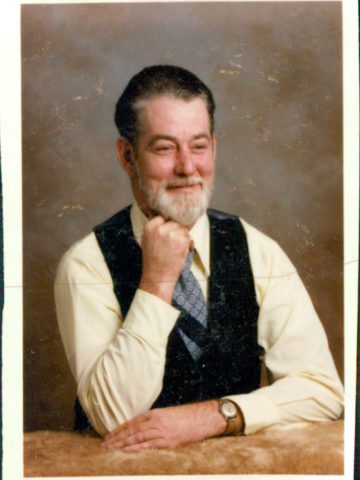 Mr. James Howard Minnicks “Jack” was born April 30, 1940 in Bowling Green, Kentucky to James Franklin Minnicks and Edith Louise Kitchens Minnicks. Jack passed away Friday, April 21, 2017 at his residence in White House, Tennessee at the age of 76. He lived a full and happy life, and we are honored to celebrate the dash between the day he entered this world and the day he left it.
He was preceded in death by his parents; brother, Russell Minnicks and his Aunt Nokel.
Left behind to carry on Jack’s legacy: his daughters, Sandra (Jimmy) Serafino and Patty (Todd) Minnicks; his brother, Roger (Paula) Minnicks; grandsons, Adam (Megan) Minnicks, Matthew (Kristin) Sanders; granddaughters, Rachel (Ben) Houser, Tabitha (Michael) Brighindi, Samantha Tikalsky; great-grandchildren, Mason, Christian, Melody, Calvin, Jack, Caleb and one on the way. He provided countless lifelong memories for his children, grandchildren, great-grandchildren and friends to cherish forever.
Jack was born and raised in Bowling Green, Kentucky and moved to this area in 1965. When asked his two daughters how they would best describe their father in one word, Patty’s answer was “best friend” and Sandy’s answer was “love”. What better tribute to a father could there be?
The birth and death of this great man, however, is not nearly as relevant as all the days and nights that he lived to the fullest between those two dates. Let me mention a few ways he spent his dash, the only thing he liked better than playing golf was playing more golf. Jack loved chocolate, he loved to eat at the Cracker Barrel and he definitely thought the price of steaks was too expensive. Oh man, did he ever like Vanderbilt Basketball; he loved to go fishing too, his favorite fish to catch and eat were catfish and crappie. He loved big band music “Glen Miller” and back in the day he used to take his wife swing dancing. Two of his favorite TV shows were “Bones” and “The Price Is Right”. He probably never missed an episode of The Price Is Right in over 40 years. Jack was a good carpenter, he taught his daughters how to make and fix many things. They will carry this knowledge forever and pass it down to their children. Jack was blessed beyond riches in many other ways that no amount of money can buy: he was a man called husband, daddy, papaw, grandpa, brother and friend.
A Celebration of Jack’s life will be held 4:00 p.m. Tuesday, April 25th from the chapel of Cole & Garrett Funeral Home in White House with Bro. Charles Anderson officiating. You have the opportunity to wrap your arms around this family, show your love and support to them from 1:00 p.m. until 4:00 p.m. before his service.
Cole & Garrett Funeral Home is truly honored to serve the Minnicks family. Our address is 212 Hwy 76, White House, Tennessee 615-672-3936