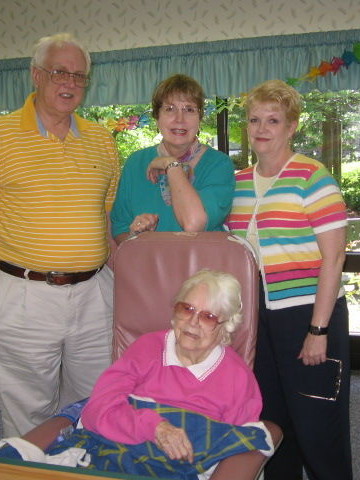 Departed on September 2, 2011 and resided in Madison, TN

BENNETT, James Edgar (Ed) Of Madison died on September 2, 2011 in Alive Hospice at Skyline in Madison after a brief illness. Born October 31, 1938, in Asheville, NC, he was the son of the late John C. & Grace Maney Bennett. He was a graduate of Mars Hill College and retired from Consulting for Doctors in Hendersonville, TN, which he owned and operated for many years. He was a member of Grace Baptist Church in Nashville where he taught Sunday school and served as a deacon. He is survived by his loving wife, Irene of eighteen years, a daughter, Marla Christie of Hickory, NC; granddaughter, Kayla Christie; a stepson, Mike Owen of Gallatin; four step-granddaughters and six step-great-grandchildren; two sisters, Carolyn Bennett Mahaffey of Atlanta, GA and Kathy Bennett Murdock of Marietta, GA; a niece, three nephews and their five children. Funeral Services will be held at Grace Baptist Church, Nashville, TN on Tuesday, September 6, 2011 at 10 a.m. with visitation one hour prior to services, Bro. Andre' Dugger and Bro. Fred Johnson officiating. The family will receive visitors at Cole & Garrett Funeral Home in Goodlettsville, TN on Monday, September 5, 2011 from 4 - 8 p.m. Memorial Contributions may be made to Grace Baptist Church, 1510 Old Hickory Blvd., Nashville, TN, 37207. COLE & GARRETT, (615) 859-5231.