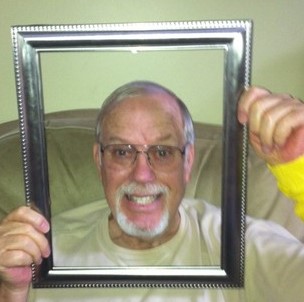 Departed on September 14, 2020 and resided in Goodlettsville, TN

Jackie Eugene Hensley, age 74, passed on Monday night, September 14th. He was the youngest child of Jack Hensley and Willie Lyons Hensley. Jackie attended and played football at Cheatham County Central High School in Ashland City, TN. After graduation Jackie joined the United States Air Force where he served for 4 years. After his discharge from the Air Force, he began a 36 year career at Bellsouth. Upon his retirement, he became the unofficial Mayor of Piccadilly Apartments. 😊. Jackie loved football, Predators hockey, cooking, and fishing. He helped coach and lead the Boy Scouts and Dixie Youth baseball. His greatest love was for his kids and grandkids. He was caring, generous, kind, and he always made time to listen to everyone. Jackie is survived by his brothers, Charlie Hensley, Jay Hensley, his sons Chris (Janan) Hensley, Kevin (Ashley) Hensley, Matthew (Brianna) Hensley, and his grandchildren Jack, Charlie, and Booker
. A celebration of life for Jackie will be held Saturday, 12pm, at Cole and Garrett Funeral Home, White House, TN. Visitation will take place at the funeral home from 10 – 12 prior to the service. Visitation and the celebration of life will both be held in the reception hall on the lower level of the funeral home. In lieu of flowers, memorial contributions can be made to the Nashville Rescue Mission.