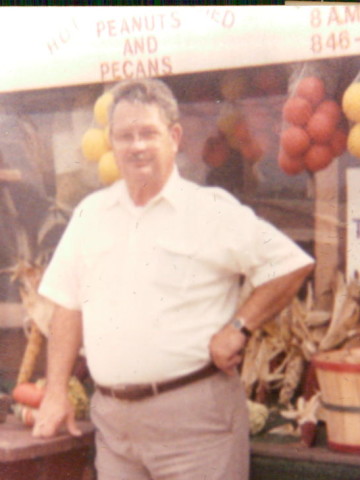 Departed on July 15, 2015 and resided in Springfield, Tennessee

Mr. Field was born on November 16, 1929 in Wheelright, Kentucky to the late Harry Presley and Desie Bell Fields. He would marry the women of his dreams on May 2, 1951 and raise five beautiful children.

Mr. Field joined the Army where he and his wife would travel the country. It was told that he would go before Mrs. Field and the children and then send for them once he made sure they had a home to come to. They would spend the first 21 years of their marriage as an Army Family.

While in the Army, Mr. Fields would help type up the National Guard Manual, and was stationed in Seoul, Korea when it was bombed. After retiring from the military, he and Mrs. Field would enjoy many adventures together. Some of their favorite memories were when they travel from Florida coming to see the children they stopped off of Hwy 119 and picnic on the hood of their car, with their bologna sandwiches, potato chips and RC Cola, in front of a small white country church. They had many fishing trips, one that came to mind was when Teri was little, she asked her Daddy when would she know to reel in the fish and Mr. Fields explained she would have to let it “play” for a bit before bringing it in. Sure enough a little while later she screamed “I Got One” reeled it in and promptly threw it back into the river. When an older gentle asked why she threw it back in she said “My Daddy said he had to play a little while before we kept it.”

Mr. Field will be forever known as a loving husband, devoted father, grandfather and best friend.

In addition to his parents he is preceded in death by two daughters, Jacky Lynn Fields and Patricia Louise Cornes.

A Life Celebration will be held on Saturday, July 18th at 4pm in the Chapel of Cole & Garrett Funeral Home in Goodlettsville. The family will receive friends on Saturday from 12pm until the time of service. Military Honors will follow the Service.