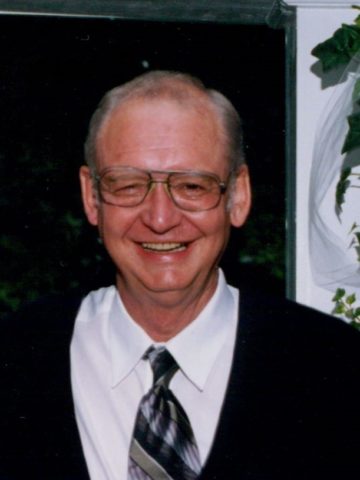 Departed on February 1, 2020 and resided in Portland, TN

A life of Service
JC “Jake” Thompson passed away on February 1st, 2020, at the age of 85. He is survived by his wife Rebecca Ann Rose Thompson, son Joel Allen Thompson daughter in law Jamie Clark Thompson, daughter Andrea Leigh Thompson and seven grandchildren: Christian, Carson, Charlie, Reagan, Jillian, Jason and Joey.
Jake was born in Portland, TN., and he has spent the last 58 years married and living with his wife, Ann, in White House, TN. Jake lived a complete life in service to his family and country. He was a 43-year employee at Ford Motor company and an Army veteran, serving his country in Germany.
Jake was referred to as neighborhood royalty by neighbors and friends. He was beloved by friends, neighbors, and co-workers. He could be found at the fence sharing stories with grandchildren of the neighbors next door, and they all loved “Jakey”. Anyone that crossed his path immediately fell in love with him.
He was a man of service and dedication, leaving behind a legacy of an impeccable work ethic and compassion for all he touched. He shaped and inspired all that crossed his path. Jake’s story is not over, as his legacy remains for all that he touched to carry forward his actions and words of wisdom of 85 years on this earth.