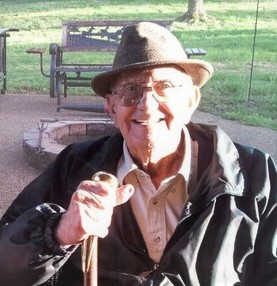 Departed on August 31, 2020 and resided in Greenbrier, TN

Hubert S. Rose, 97, passed away with family by his side on Monday, August 31, 2020 at 2:45 AM. Born at home in Marlinton, WV, April 19, 1923, he was son of the late Robert Lee Rose and Alta Moss (Thomas) Rose. A veteran of World War II, he enlisted in the Army Air Corps in March of 1943. While stationed in Denver, CO he met Gertrude T. Toepel. They were married September 22,1943 in Florence, SC by Rev. E.D. Stockman. After honorably serving his country, Hubert worked for Allis-Chalmers in Madison, WI for several years and transferred to Nashville as their Regional Sales Manager in 1952. He later worked for David Brown Implement. In 1964, Hubert and Gertrude founded G.R. Distributing Co. in Madison, TN which they owned and operated for many years. After 34 years of marriage, Gertrude was called to her eternal home June 21, 1977. Hubert met Margaret Sansom and they were married December 10, 1977. They work together every day at G. R. for several years until they retired and sold G. R. Called out of retirement Hubert and Margaret entered the field of pre-need sales for funeral and cemetery services. They were together every day until Margaret was called to her eternal home, May 28, 2016, after 39 years of marriage. He was a charter member of Ascension Lutheran Church in Madison, TN, and also a founding member of Rock of Ages Lutheran Church in Madison, TN. He is survived by his children; Shannon L. (James Johnson) Rose, Hubert T. (Nancy) Rose, Althea G. (Philip Rastocny), and Arthur R.T. Rose; his step-children Sidonie Sansom and Randall (Michelle) Sansom; 8 grandchildren and 8 great-grandchildren.
Visitation for Hubert will be held at Cole & Garrett Funeral Home, Goodlettsville, TN Sunday, September 6, 2020 from 1 to 4 PM. The funeral will be held at Ascension Lutheran Church, Madison, TN on Tuesday, September 8, 2020 at 11 AM followed by interment with military honors at Nashville National Veteran's Cemetery, Madison, TN.