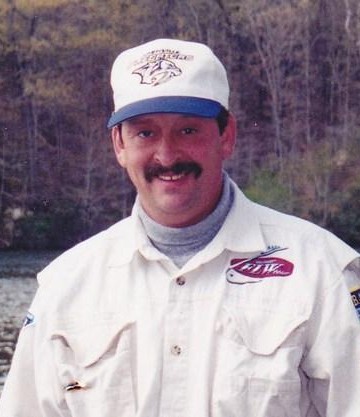 Departed on September 9, 2012 and resided in Pegram, TN

HUBBARD, John Lee – Age 53, of Pegram, TN passed away Sunday, September, 9, 2012. John attended Madison High School, and then joined the U. S. Army where he served from 1976 to 1979. He spent 25 years working in the construction industry as a foreman in waterproofing and caulking. He is preceded in death by his son Lloyd Kirk Hubbard. He is survived by his wife Brenda Gail Wade Hubbard; his step-son Brian Wade Corbitt Kristin and step-daughter Karen LeAnn Corbitt; his grandchildren Kaylin LeAnn Davidson, Kassandra Lynn Davidson, Riley Wade Corbitt, and Honorary grandson Jordan Xavier Gamez; and a host of nieces and nephews. In lieu of flowers donations may be made to the Disabled American Veterans P.O. Box 14301, Cincinnati, Ohio 45250. The service will be 2 p.m., Thursday, September 13, 2012 at West Harpeth Funeral Home. The interment will be 11 a.m., Friday, September 14, 2012. Visitation will be Wednesday 2-8 p.m. at WEST HARPETH FUNERAL HOME 6962 Charlotte Pike
www.afamilylegacy.com 615-352-9400