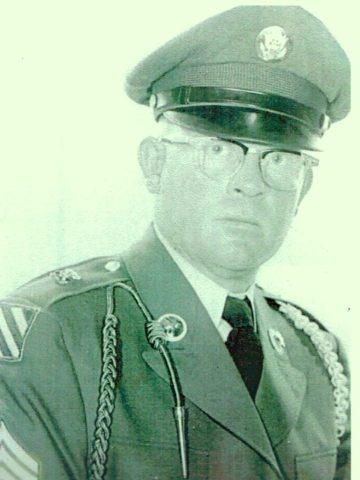 Herman D. Dickens, Jr., 88, passed away Friday April 13, 2018. Born November 9, 1929 in Ridgetop, TN he was the son of the late Herman D. and Annie Ruth (Eidson) Dickens, Sr. Herman was also preceded in death by his wife, Hannelore in 2010. Herman enlisted in the US Army in 1949 and early on was assigned to the 15th Constabulary Squadron in Germany where he spent 14 years of his Army career. He retired in 1969 after 20 years of service to his country. He met and married his wife, Hannelore, while stationed in Germany. He remained in Georgia after being retired from Ft. Benning and acquired a Phillips 66 service station in Columbus, GA which he operated for several years. Always a mechanic he continued to enjoy working on and repairing small engine equipment such as lawn mowers. He had been a member of the Church of Christ in Georgia and upon moving to Tennessee in 2010 he became a member of the Ivy Point Church of Christ in Goodlettsville. Herman is survived by his brothers, Donald G. Dickens and Kenneth Ray Dickens; as well as many nieces, nephews, grand-nieces and nephews, and great-grand-nieces and nephews. Visitation will be held Monday from 4 – 8 PM and Tuesday from 10 – 11 AM at Cole and Garrett Funeral Home. The funeral service will follow visitation on Tuesday. Burial with full military honors will be held at Middle Tennessee Veterans Cemetery, Wednesday at 9 AM.