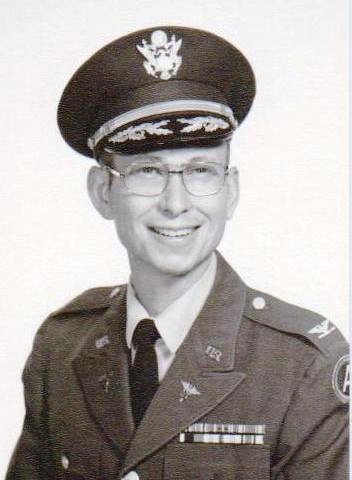 Departed on February 11, 2013 and resided in Nashville, TN

COL Jewel Benton Harper, USA Ret, age 87, passed away on February 11, 2013 in Nashville, TN. Born to William Henry Harper and Violet Irene Benton Harper of Springfield, TN on November 14, 1925. He served in WWII as a combat medic in Patton's Third Army Rhineland and Central Europe Campaign 1944-45. He participated in the liberation of France and Europe following support to the D-Day invasion in Normandy, the invasion of France, the Battle of Briton and the Battle of the Buldge. He was also one of the first American soldiers to liberate the concentration camps at Buchenwald and Dachau. After the war, he was commissioned as a 2nd Lt in the US Army in 1949 following completion of studies at Austin Peay State University. He was reassigned to the Medical Services Corps following graduation from Samford University School of Pharmacy in 1950. His military training included graduation from the U.S. Army Medical Field Service School, U.S. Army Command and General Staff College, U.S. Army Logistics Management Center, Industrial College of the Armed Forces, National Defense University, and the Air War College. He served as a pharmacist at Battlefield Pharmacy, Nashville from 1950-52 and later as Chief of Pharmacy Services at the Veterans Administration Hospitals Nashville, TN, Lexington, KY, Durham, NC, and Manchester, NH for 45 years. He served to the rank of Colonel in the Medical Service Corps, USAR, from 1944-1985. He was the recipient of many commemerative medals including the Armed Forces Reserve Medal, the Army Reserve Achievement Medal and Army Commendation Medal honoring "support, participation, and fortitude" during World Events. He was elected a Fellow of the Royal Society of Health, London, England, a Fellow of the American College of Apothecaries, and held professional memberships in the Association of Military Surgeons, Reserve Officers Association, Military Order of the World Wars Screaming Eagles chapter, Ft. Campbell, KY and the Gideons International. He was also a charter member of the Normandy Museum France, the National D-Day Museum New Orleans and the WWII Memorial Washington, DC. Preceded in death by his wife of 57 years, Josephine Cook Harper, and daughter Pamela Jewel Harper. Survived by daughter Karen Jo Harper. Visitation will be held from 4:30-6:30 p.m. Monday, February 18, 2013 at Harpeth Hills Funeral Home. Funeral service at 11:30 a.m. on Tuesday, February 19, 2013, with interment to follow at the Middle TN Veterans Cemetery, McCory Lane in Bellevue. HARPETH HILLS FUNERAL HOME. 9090 HWY, 100, 615 646-9292. www.harpethhills.com