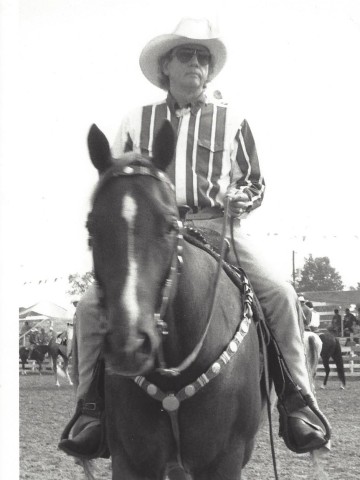 Harold (Hal) Johnson, age73, of White House, passed away Monday, March 9, 2015, from complications of a stroke.

Harold was born in Macon County, October 8, 1941, to the late Milus and Elaine Thomas Johnson. He was preceded in death by his sister Rebecca Anderson. He is survived by his brother, Don Johnson, daughters Shannon (Mike) Hickman and Kristen Foster, son Justin Johnson, three grandchildren and one great-grandchild.

Harold graduated from Jackson County High School in 1960.  He was the owner of Johnson Machine and Tool Company in Goodlettsville, and in 1987 he was granted a patent for one of his many metal designs.

Harold was an avid horseman, competing in barrel racing and western pleasure events across Tennessee and Kentucky. He was an active member of the Long Hollow, Bethel Road, and Portland Saddle Clubs, serving as the Long Hollow Saddle Club vice- president in 2003. He was also a long-time member of the Tennessee State Saddle Club Association and the American Quarter Horse Association.  In addition, Harold was an avid reader; music lover; accomplished guitarist and composer.