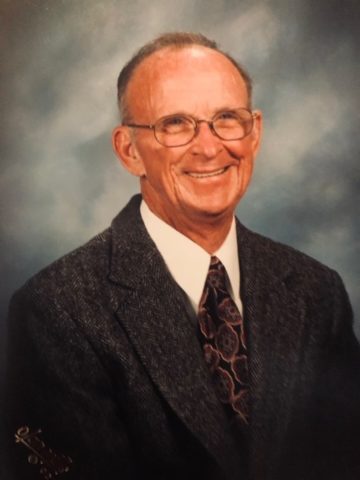 Departed on September 14, 2019 and resided in White House, TN

Harold G. Morrison, 85, of White House passed away Saturday, September 14, 2019. Born March 1, 1934 in Humphrey County, TN, he was the son of the late Alfred Morrison and Lucille Campbell Morrison. He was also preceded in death by a brother, Bobby Joe Morrison. Harold was a longtime employee of Kroger Grocery Stores and had worked at many of their Nashville area stores. When he wasn’t working he loved fishing and camping. Above everything he was devoted to his wife and family. He especially loved the time spent with his grandchildren. He loved his church home at Temple Baptist in White House. Harold is survived by his wife of nearly 64 years, Carolyn (Turner) Morrison; his sons, David (Melissa) Morrison and Kenny (Stephanie) Morrison; his grandchildren, Rylee, Kelsey and Kendall; step-grandchildren Austin and Cody; great-grandchildren, Tatum and Locklan; his sister Barbara Carmical; extended family and many friends. Visitation will be held at Cole & Garrett Funeral Home, White House on Tuesday from 4 to 8 PM and Wednesday from 10 – 11 AM. A life celebration service will be held at the funeral home Wednesday at 11 AM followed by interment at Forest Lawn Cemetery, Goodlettsville. In lieu of flowers, memorial contributions may be made in the name of Harold Morrison to the American Cancer Society or Temple Baptist Church.