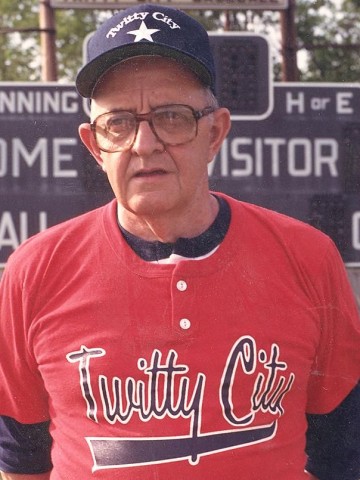 Departed on April 9, 2011 and resided in Nashville, TN

LAVENDER, Hardy ﾓJackﾔ, age 81 of Nashville, April 9. 2011. He was a dedicated family man of modest means and great faith, converting to the Catholic faith after his marriage. Jack was a three sport star at Montgomery Bell Academy in the late 1940's. He was known for his association with amateur baseball on both the local and national level as an administrator and a coach. He was a member of the Nashville Old Timers Baseball Association and was awarded their high honor, the title of Mr. Baseball in 1991. He was the one and only administrator of Twitty City Baseball since its organization in 1981. He put his heart and soul into making their home field in Seven Oaks Park one of the finest in the area and was honored in 1996 by having the field dedicated in his name and it will forever be known as Jack Lavender Field. Over the years he worked with literally thousands of young men, impacting not only their baseball careers but their lives as well. He also founded the GNABA (Greater Nashville Amateur Baseball Association) in 1989 and served as its president. He retired from the Ford Glass plant after 33 years of service. He was preceded in death by his parents, Hardy W. Lavender, Sr. and Jessie Lee Gentry Lavender Harris; and daughter, Corrine Lavender. He is survived by his wife of 62 years, Mary June Ayers Lavender; children, Hardy W. and Janice Lavender III, Tim and Sharon Lavender, Jeffrey Lavender, Donna Hudgens (David), and Pamela McDonald (Terry); sisters, Mary Jacquelyn Coke and Frances Harmon Binkley; 14 grandchildren; 18 great grandchildren. Visitation with the family will be from 2-5:30 pm and 6:30-9:00 p.m. Monday, April 11 and 10:30 am-12 noon Tuesday, April 12 at the Holy Rosary Catholic Church. A Funeral Mass will follow the visitation on Tuesday at the church. In lieu of flowers donations may be made to Twitty City Baseball Jack Lavender Fund at any Regions Bank. COLE & GARRETT FUNERAL HOME, Goodlettsville, 615-859-5231. www.coleandgarrett.com