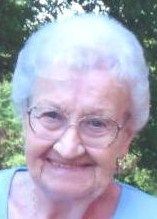 Departed on April 8, 2010 and resided in Nashville, TN

DICKENS, Hannelore Herrman - Age 82 of Columbus GA returned to her Heavenly Father on Thursday, April 8, 2010. Mrs. Dickens was the wife of Herman D. Dickens, Jr. Dick and Lore met while he was stationed in Germany. The first time he laid eyes on Lore, he knew she was the love of his life, he told her that he planned to marry her, she thought he was a crazy soldier. Fifty-seven of the most wonderful years later, they have shared a happy life together. Dick promised Lore he would take care of her and provide her with everything life could possibly offer, and he did. Lore touched the lives of many people and was loved by everyone. A Christian lady and a member of the Edgewood Church of Christ in Columbus, she has served her Lord well. Lore was an angel sent to us from Heaven; she is returning to her father. Our loving memories will last in our hearts forever. Hannelore is survived by her husband, Herman; brother-in-law, Donald Dickens (Margaret); brother-in-law, Kenneth Dickens (Faye); multiple nephews, nieces and great-nephews and great-nieces. The family will receive friends from 4 ﾖ 8 p.m. Saturday and from 10 a.m. ﾖ 1 p.m. Sunday at Cole & Garrett Funeral Home in Goodlettsville. Funeral services for Mrs. Dickens will be 1:00 p.m. Sunday, April 11, 2010 at the funeral home. Graveside service and interment will be 9 a.m. Monday, April 12 at Middle Tennessee Veteranﾒs Cemetery.