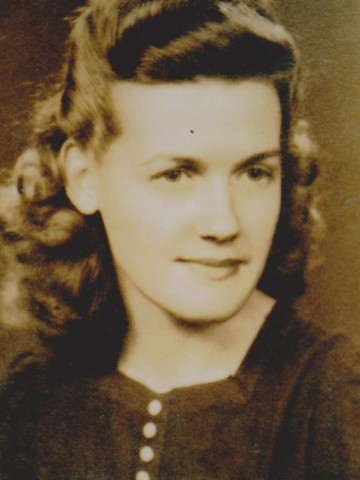 Departed on December 10, 2012 and resided in Nashville, TN

GRIMES, Marie Boyce - was born in Flatwoods, Perry County, Tennessee on November 26, 1920. She went home to be with her Lord on December 10, 2012. She is preceded in death by her parents, Dr. and Mrs. William Earl Boyce; her husband of 55 years, Glenn "Dick" Grimes, and her son, Keith Boyce Grimes.
Mrs. Grimes was a devout Christian and a life-long member of the church of Christ. For over seventy years she was an active member of the Flatwoods church of Christ, and hosted many ministers and their families in her home. After her husband's death, she moved to Nashville in 1993. She was a member at Woodmont Hills church of Christ, and for the past several years has attended Harpeth Hills church of Christ.
Mrs. Grimes married Glenn "Dick" Grimes on January 29, 1938. Mrs. Grimes was the long-time Postmaster and Rural Mail Carrier for the U.S. Post office in Flatwoods, Tennessee. She helped her husband, "Dick" Grimes run the family farms in Flatwoods, Tennessee, and lived for most of her life in Flatwoods.
After her retirement, Mrs. Grimes loved to paint, read, and visit with her children and grandchildren. She took college courses and was a voracious reader. She also traveled extensively to Europe, Asia, the Middle East, and India with her sisters. She enjoyed attending her grandchildren's events at David Lipscomb Campus Schools, and was known by her grandchildren and most of their friends as "Mommaw".
In 1976, Mrs. Grimes and her husband "Dick" donated 32 acres of land in Flatwoods, TN on the Buffalo River to the Boy Scouts of America for the use of Boy Scouts for canoe trips and camping on the Buffalo River. The "Grimes Canoe Base" is enjoyed by thousands of Boy Scouts during the warm months of each year.
She is survived by her daughters and sons-in-law Glenda and Chris James, Flatwoods, TN, and Joyce and Mike Safley, Nashville, TN. She is additionally survived by seven grandchildren: Christi Steve Lakey, Bartlesville, OK; Jennifer Brian Masterson, Nashville, TN; Benja Ross Ringler, Madison, AL; Amanda Bill Price, Nashville, TN; Kathryn Brian French, Port Neches, TX; Christopher Safley and Lauren Safley, Nashville, TN; and ten great-grandchildren.
She is survived by her beloved sister-in-law, Grace Grimes Pace, Hohenwald, TN; and by her loving and loyal friend, Linda Holland, Nashville, TN. She is also survived by three nieces: Dr. Barbara Snell, Nashville, TN; Kathryn Ann Tom Wall, Tyler, TX; and Linda Harvey Craft, Nashville, TN. Her nephew, Dr. Boyce Dannie Craig, Madison, MS also survives. Many devoted friends from Flatwoods, Tennessee, including Ann and Bobby Laster and Doris Harlowe, also survive.
Visitation with the family will take place Friday, December 14, 2012 from 5:00 p.m. to 7:00 p.m. at the Harpeth Hills Funeral Home, Hwy.100, Nashville, TN. Funeral services will take place on December 15, 2012 at 2:00 P.M. at the Flatwoods Church of Christ, Flatwoods, TN, with visitation with the family prior to the service beginning at 12:00 Noon at the church. Burial will be in the Flatwoods Cemetary. The service will be conducted by Brian French. Pallbearers are Christopher Safley, Ross Ringler, Kevin Grinder, Steve Lakey, Brian Masterson, and Bill Price. Honorary Pallbearers are Linda Holland, David Dotson, Doris Harlow, Bobby and Ann Laster, and other members of the Flatwoods church of Christ.
Special thanks to the caring and loving staff at the Clarebridge Memory Unit and her long-time physician, Dr. William Serafin.
Memorials in honor of Mrs. Grimes may be made to: the Flatwoods Church of Christ, the Alzheimer's Association, Lipscomb Academy, Encouragement Ministries, or Tennessee Children's Home.