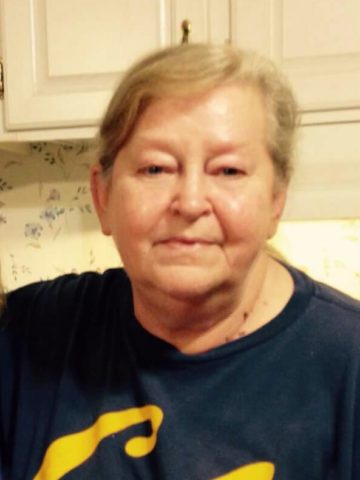 Mrs. Gracie Briley Hilton of Mobile, Alabama passed away on Wednesday, May 18, 2016 at the age of 65 years.  Gracie was born in Nashville, Tennessee on April 27, 1951 to father, Charles Briley, Sr. and mother, Ella Mae West Briley who have preceded her in death.

Gracie grew up in Madison, Nashville and White House.  For a period of time, she lived in Houston, Texas.  She retired after 28 years with Bell South where she worked as a customer service representative.  During her lifetime, she wore many hats in the business world.

Gracie was the mother of seven daughters and they stated they could sum up their mother in just two little words, “Super Mom”.  She was a good-hearted lady that would help anyone, even to the point of giving the shirt off her back, if she thought it would help someone.  She loved all of her family dearly, her husband, children and most certainly her grandchildren.  Gracie cherished her husband of 20 years, Daniel Johnson; a favorite time with Daniel was sharing their passion for riding motorcycles.  I think if I could speak for Gracie about one of the most distinct things about riding, is that nothing feels quite like a motorcycle; the thrill of being at one with a two-wheeled machine that weighs only a few hundred pounds is one of the purest ways to get from point A to B, and the risks involved, sometimes even heighten that enjoyment.  Gracie had many other life experiences, but one of her most memorable was having the opportunity of performing on stage at the Grand Ole Opry as a country singer.  Imagine how she must have felt standing and performing where many great singers including one of her favorites, Patsy Cline, had stood and performed.  It must have been exhilarating for her.  I’m sure it was a memory that stayed close to her heart.  On a more basic level, she loved to read a good suspense novel.  She loved to escape into brilliant prose and fascinating stories.  She could instantly become involved in the characters’ lives, being there with them, feeling what they felt, seeing what they saw, and experiencing their emotional journey.

A Celebration of Gracie’s life will be held 6:00 p.m. Friday, July 1, 2016 at Cole & Garrett Funeral Home in White House, Tennessee.  Family and friends will gather together one hour prior to service for a time of sharing.

Your life was a Blessing

Your Memory a Treasure

You are loved beyond words

And missed beyond Measure