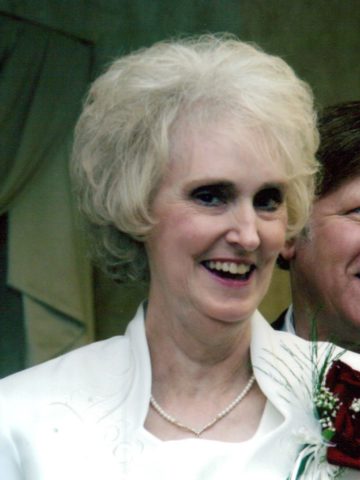 Glenda Gayle Humphrey, 72, passed away Saturday, August 3, 2019. Born June 12, 1947 in Davidson County, TN, she was the daughter of the late Charles Hayes Webster and Lucille (Holland) Webster. Gelnda was also preceded in death by her husband, Harold E. Humphrey; and her brother, Jim Webster. Glenda was retired from Nashville Gas where she had worked for many years in customer service. A devoted wife, mother, grandmother, great-grandmother, sister and friend, she was always doing for others as well. She had an outgoing personality and made friends easily. Glenda had been an active member of the Goodlettsville Church of Christ for many years. She is survived by her daughters, Gina (Bill) Weekley and Kimberly (Jimmy) Jones; and her son, Michael (Christina) Humphrey; her grandchildren, Billy Weekley, Stephanie Weekley, Asa Weekley, Justin Jones, Kevin Jones, Brandon Jones, Joshua Humphrey, and Jeremy Humphrey; and five great-grandchildren, Liam Humphrey, Owen Jones, Leon Jones, Kyleigh Jones and Ashlyn Jones; and her siblings, Helen Cavendar, Shirley Mayberry, Pam Thompson, Charles (Janice) Webster, Ray (Carolyn) Webster. Visitation for Glenda will be held at Cole and Garrett Funeral Home, Goodlettsville, Monday August 5, 2019 from 12 noon until 8 PM. Visitation Tuesday will be from 12 noon until 2 PM at the Goodlettsville Church of Christ where a Celebration of Life Service will be held at 2 PM, officiated by Pastor Charles Baugh. Interment will follow at Forest Lawn Cemetery.