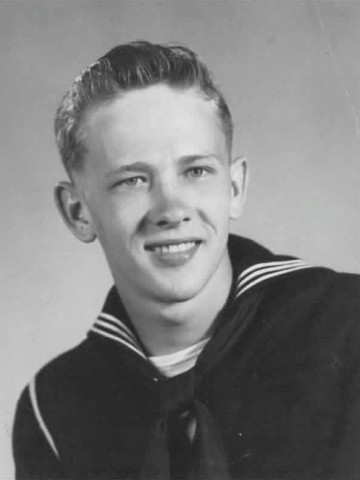 Glen A. Merryman, age 87, passed away October 28, 2015. Born on October 20, 1928, in Mingo Junction, Ohio, he served in the U.S. Navy during World War II and Korea. He studied at The Ohio State University and graduated from the University of Pittsburgh. He served the City of Hilliard, Ohio, as Park Commissioner, President of the City Council, Finance Director and Administrator Assistant to the Mayor. He was founder of the Fourth of July Celebration and the Hamilton Road Park in Hilliard. He is past Commander of American Legion Post # 614, past President of the Hilliard Kiwanis Club and a life member of the Ohio State University and University of Pittsburgh Alumni Associations. Mr. Merryman was preceded in death by his parents, Earl and Lillian Merryman; brothers, Earl, Jr., Gene C., David F., daughter-in-law, Terry Merryman and great-grandchildren, Chase Bingham and Madyson Merryman. He is survived by his wife of 67 years, Nancy; children, Jeanne Fox (Bob) of Galloway, OH, John Merryman (Shirley) of Murfreesboro, TN, Diane Adcock (Ronnie) of Brentwood, TN and Janice Harned (Bobby) of Gallatin, TN; thirteen grandchildren and many great-grandchildren and great-great-grandchildren; also surviving is a brother, Bill Merryman (Paula) of Lander, Wyoming. A Celebration of Glen’s Life will be held on Friday, October 30th at 2:00 P.M. at the Chapel of Cole & Garrett Funeral Home with Pastor Paul Bane officiating. Interment with Military Honors will follow in Beech Cemetery. Visitation with the family will be on Thursday, October 29th from 4-8 P.M. and Friday from 12 P.M. until time of service. Memorial Donations may be made to the Lungevity Foundation-Breathe Deep Nashville or the Republican National Committee. Arrangements Entrusted To: Cole & Garrett Funeral Home, Goodlettsville (615)859-5231 www.coleandgarrett.com