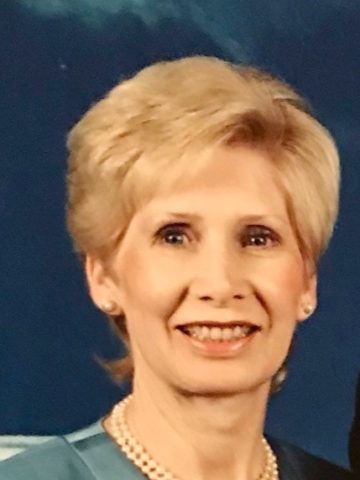 Sonia Genevieve Nix Murray, age 80, passed away December 9, 2020. She was born in Lake Lure, North Carolina on November 28, 1940 to the late Homer T. and Geraldine Taylor Nix. She was preceded in death by her husband Richard “Dick” Murray, Sr., and her siblings, Lois Nix Clark, Donald Nix, and William Nix. She is survived by her son, Richie (Angie) Murray; daughter, Jennifer (Mike) Parker; grandchildren, Jake Murray, Luke Murray, Creed Murray, and Olivia Parker; siblings, Virginia McClellan, Sarah Bartlett, and Larry Nix.
Genevieve or Gen as many knew her, was born in Lake Lure, NC. She was the middle child of 7.
After graduating from high school in Lake Lure, Genevieve moved to Nashville. She was hired as a secretary at National Life. She lived at the YWCA downtown where she met the love of her life. Dick was a paratrooper in the 101st Airborne in Clarksville. Their first date was a day trip to Chattanooga. Their love of travel was one of many things they had in common. They only dated six months then married at First Baptist Church downtown. They were married for 57 years! They set up their first home in Union Hill where they made life-long friends. They moved back to Lake Lure/ Rutherfordton, NC to assist with her parents. While in NC she worked as a secretary at Isothermal College and attended classes there also. Soon they welcomed their firstborn, Richie in 1969 and later, Jennifer in 1972.
In 1976 Gen and Dick moved back to TN and resided in Madison. She attended UT Nashville at night and received her degree in Education. Eventually they settled in Goodlettsville, remaining there for about 35 years. She and Dick were active members of Union Hill Baptist Church then moved to Grace Baptist Church. During these years she taught in metro schools, Pioneer Christian Academy but ultimately at Davidson Academy. She taught there from its beginning and shared her love for teaching with other teachers, students and parents.
Genevieve never missed an opportunity to have a “teachable moment” in a loving and caring way. Even though she was small in stature she was large in spirit. There was nothing she couldn’t do once she set her sights on it! She continued her Daddy’s mantra of “Lead, guide or get out of the way.”
While teaching at Davidson Academy she continued her education and received her master’s degree from Trevecca to become the DA Upper School Librarian. She loved every aspect of education. Years later she retired to care for her ailing mother.
The summers were spent traveling the U.S. Gen and Dick visited all fifty states. They even spent a few years traveling in their own RV once they retired. “All who wander are not lost.” Their favorite destination was her father and mother’s home in Lake Lure which was a second home for them.
As her grandchildren, Jake, Luke then Creed came along, Genevieve never missed an opportunity to support them in babysitting, school or attending ball games. The boys were her absolute pride and joy! “Gen-Gen” was an excellent, caring grandmother and provided easy guidance to her growing family.
Gen and Dick decided it was time to downsize and moved to Murfreesboro. Shortly after they were fortunate to become grandparents again to a baby girl, Olivia! Once again, they were supportive in every way.
Genevieve continued to show kindness and grit despite the onset of Alzheimer’s. She passed peacefully being cared for and loved by those she had so faithfully served.
We love you, Mom / Genevieve / Gen-Gen!

In lieu of flowers, donations can be made in her honor to